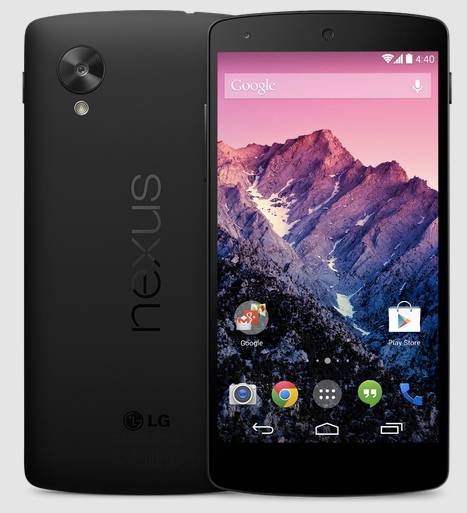 With a quiet refresh of the Google Play Store, the devices page has added a banner introducing the Nexus 5. Given the lengthy stream of rumors and leaks, most of these details will be of little surprise. That being said, the Nexus 5 is now official and those who had been waiting — will be able to move forward with a purchase.

The Nexus 5 has dropped with Android 4.4 Kit Kat and sporting a 4.95-inch (1920 x 1080) Full HD display with a quad-core 2.3GHz Qualcomm Snapdragon 800 processor. The handset has options for 16GB and 32GB of internal storage, though, it doesn’t have a microSD card slot. There is also 2GB of RAM, a 2300 mAh battery, 1.3 megapixel front-facing camera and 8 megapixel rear-facing camera with optical image stabilization (OIS). 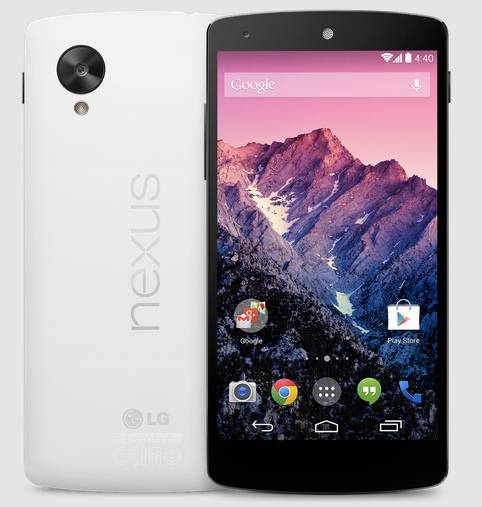 The spec sheet mentions the battery should have up to 17 hours of talk time. But perhaps key for usage today, up to 8.5 hours of WiFi surfing time and up to 7 hours of LTE surfing time. That brings the confirmation there, the Nexus 5 does have LTE support. The handset has also arrived with build-in wireless charging. Remaining specs include Adreno 330 graphics, dual-band WIFi, Bluetooth 4.0 LE, NFC and ceramic power and volume buttons.

The Nexus 5 has arrived in black and white and will be $349 for the 16GB model and $399 for the 32GB model. As for the launch, the shipping times are showing as being “dispatched from warehouse in 1-2 business days” though — we suspect that will grow as the order flow. And in addition to the phone itself, Google also has bumper cases available in a variety of colors.

Specifically, those cases are available in black, gray, red and yellow and with a price point of $34.99. Unlike the phone which has both color and both storage options available, the black, red and yellow case options are listed as coming soon.