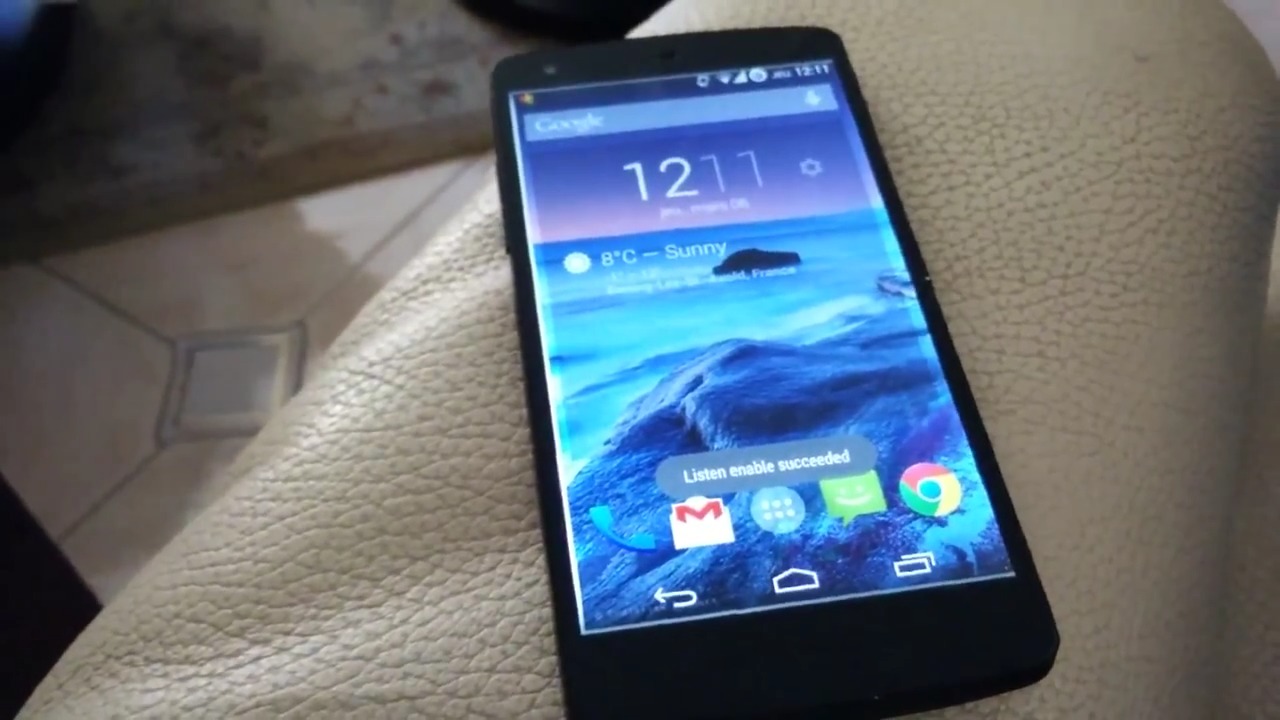 Android fans might be all too familiar with the phrase “OK Google” by now, especially as it is supercharged on the Nexus 5. Unfortunately, that feature works only in a limited number of situations. But it doesn’t have to, which is what this proof of concept demo, well, proves.

Always-on Touchless Controls. That is the Motorola Moto X‘s call to fame, allowing users to access Google Now and other functionality no matter what the state the smartphone is in. Meaning that the device will sense and respond to your voice prompts even if the display is turned off or the device is asleep. While there are definitely apps that can imitate this feature, like Samsung‘s S Voice, Motorola’s implementation has one distinct and substantial advantage: low power usage.

That feature doesn’t have to be exclusive to the Moto X though, as proven by Guillaume Lesniak, more popular for his Focal camera app that once graced CyanogenMod. This proof of concept was done on a Nexus 5, which is powered by Qualcomm’s Snapdragon 800. The low-power always-on capability was made possible by fiddling around with the Snapdragon 800’s audio processor. The CPU is turned off and remains turned off, leaving the audio processor to do the heavy lifting of listening for the voice command and only kicking in once the device has been woken up.

The technical capability is there, but, as they say, the devil is in the details. Not only is the current implementation still too unstable for a release, it is also hindered by legal problems. Due to licensing issues, Lesniak’s changes can’t be legally redistributed. Unfortunately, it all now depends on getting a greenlight from Qualcomm, which might not be so enthused with just any developer messing around with its hardware.