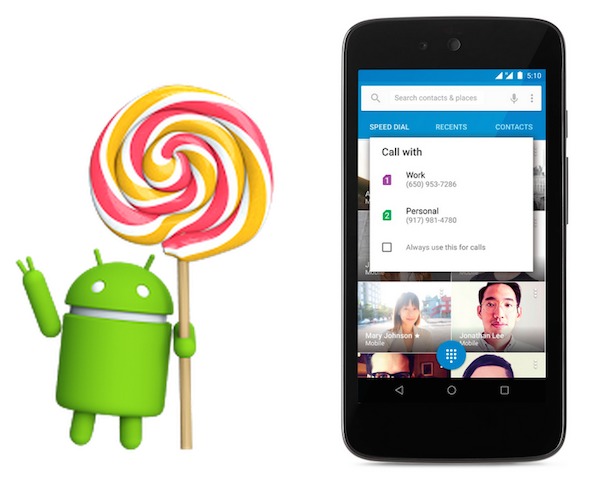 While other smartphones are still waiting to be upgraded to Android Lollipop 5.0, some Nexus smartphone and tablet owners will be able to receive another early gift. The OTA (over the air) update of Android 5.1 will be ready for rollout for the Nexus 5, 6, 7, and 10 devices over the next few weeks. The good folks from Android Beat very nicely posted the OTA update so you can have it even before the official updating begins.

Google earlier this week announced that Android 5.1 will be coming to the newest of the Nexus devices, and they did so by releasing factory images for the smartphones and tablets that will be lucky enough to receive the first Lollipop update. They have not released yet the change log for this new update, but those who already have it side-loaded are talking about the small, but important improvements, aside from the usual bug fixes and improvements.

First and foremost, it seems like the memory leak bug has now been fixed. This had caused a massive deterioration in the performance of devices that had already been upgraded to Lollipop. Another major thing is that those running on Android 5.1 will now support HD voice calling, that is, if you’re on T-Mobile or Verizon, because they’re the only ones that have HD calling in the US market at least. There are other features like a reactivation lock that requires you to sign with your Google account when you’ve restored your factory settings, more animations, support for Dual sim smartphones, and better animations.

Sure you can wait for Google to officially start rolling out the update, but wouldn’t you want to try it out already? You can download the OTA, and then side-load it into your device. Below are the links to the files.