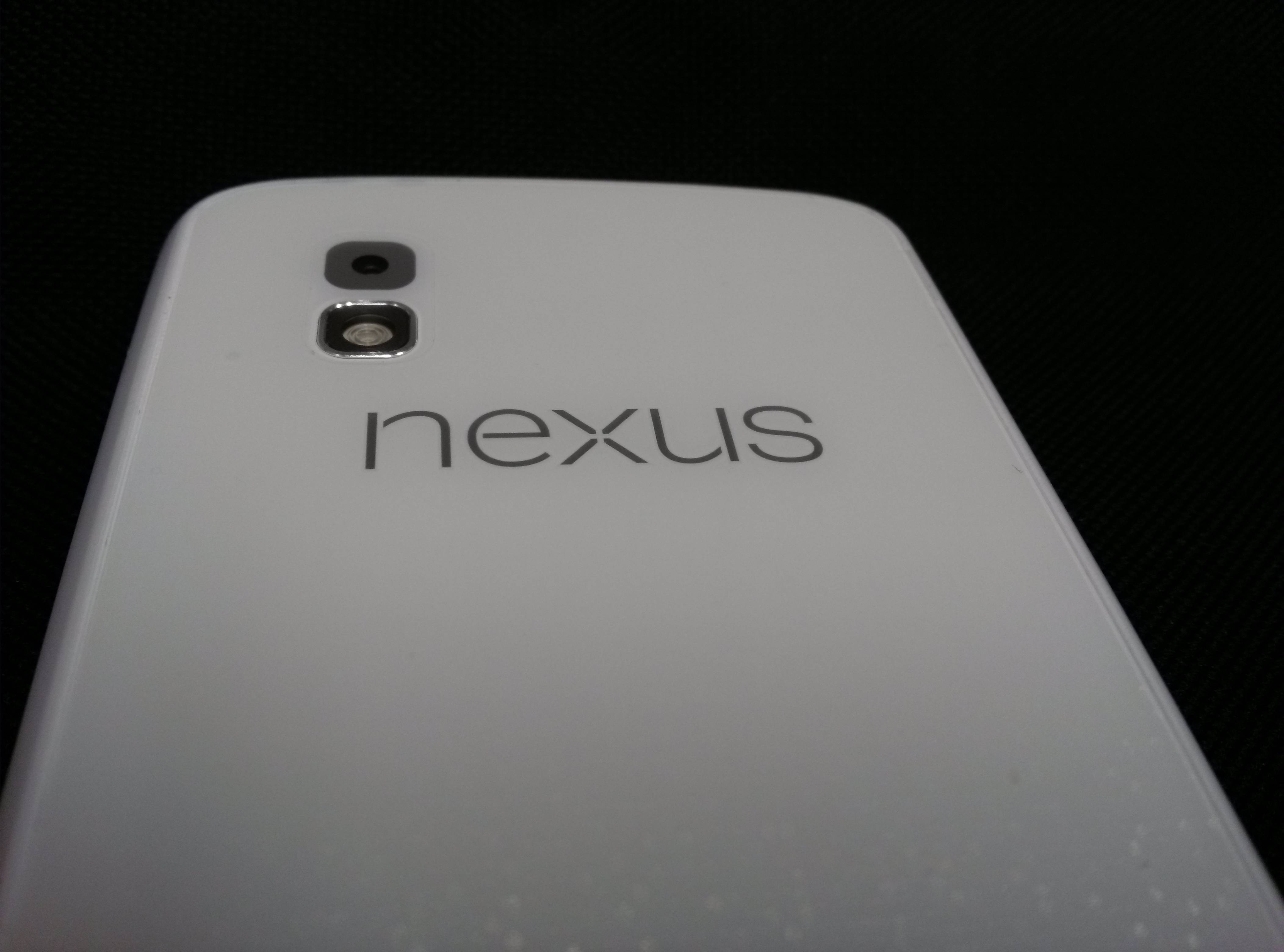 Today seems to be quite the day for Nexus 4 fans. The handset returned to an available status with Google Play and it looks like the first image of a white Nexus 4 has been spotted. Of course, many will remember that the talk of a white Nexus 4 goes all the way back to November of 2012 when we saw it come available for pre-order with TalkTalk in the UK.

That pre-order listing had the Nexus 4 bundled with a Nexus 7 tablet. Perhaps key on that, the device was never released and talk of the white Nexus 4 quickly went away. That is, until today. It seems an image has surfaced and it looks to be a Nexus 4. The pic doesn’t reveal the entire phone, but it does show enough to allow you to see the sparkly back. It appears to be the same style backing on the regular black Nexus 4.

The image was passed to the folks at phoneArena and reportedly comes from an anonymous source. Details from the EXIF data say the image was captured with an LG Optimus G smartphone. It was also said to have been run through FotoForensics and “doesn’t seem to be photoshopped.”

That all being said, while this image appears to confirm the existing of the white Nexus 4 — it doesn’t necessarily mean that it will be released anytime soon. Or at all for that matter. Basically, while we understand some prefer to have their smartphone in white as opposed to black (or whatever other color is available), we wouldn’t suggest not buying a black Nexus 4 in hopes of getting a white Nexus 4 any time soon.