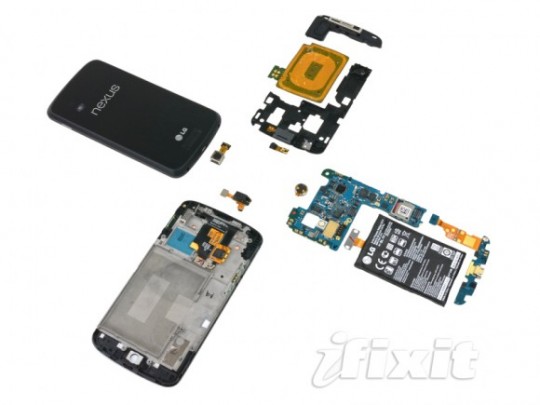 The brand spankin new LG Nexus 4 is certainly a pretty smartphone, but now we’re getting a look at the inside and seeing it’s just as pretty under the hood. The folks from iFixit just finished giving the Nexus 4 the usual teardown treatment and we get to see everything that makes this quad-core Android run. As usual we have a comprehensive breakdown of the hardware, as well as some neat photos of that wireless charging battery cover.

These teardowns are always neat to check out simply to see how everything’s neatly packed into these smartphones we use daily. Not only that, but the new LG Nexus 4 isn’t supposed to be opened up by the average consumer, even if there’s little screws on the bottom teasing you with the idea. Under the hood you’ll find the non-replaceable battery and LG’s wireless charging parts. 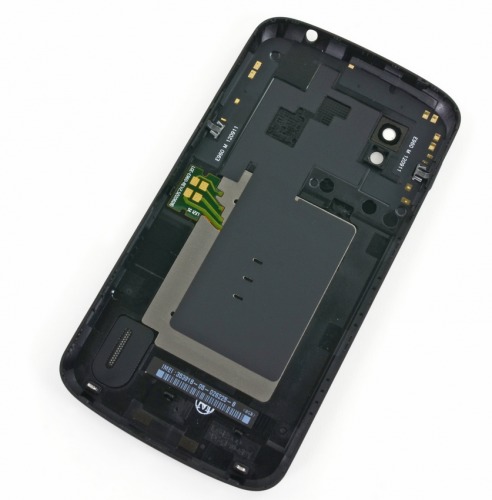 As usual this is more than just for fun, iFixit rates the Nexus 4 in terms of “repairability” a 7 out of 10, which is actually a pretty good score considering the battery isn’t replaceable. Just as a comparison, the Galaxy Nexus received a 6. Overall the Nexus 4 earned points for being easily opened and accessed with the simple T5 screws on bottom. It also lost points with the relatively hard to access and replace battery, as mentioned above.

iFixit mentions the display is fused together with the front protective glass and digitizer, as usual, but also glued to the actual display frame. This makes it extra durable and sturdy but makes replacement expensive as well as a task not meant for a first-timer. As usual iFixit has some excellent photography skills, so you can enjoy some awesome photos of the Nexus 4, as well as the Galaxy Nexus, iPhone 5 and a few others before they start the breakdown. Last but certainly not least, the LG Nexus 4 does indeed have a 4G LTE chip imbedded deep in the motherboard. While it isn’t capable of 4G LTE at the moment, the hardware exists. Interesting factiod right there. Maybe we’ll see it come to Verizon or AT&T in the future, but that’s doubtful.