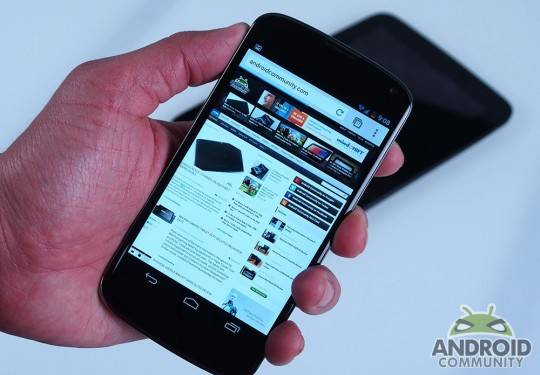 Google has suddenly removed the stock firmware images for the Nexus 4 from its website. All of its other devices such as the Nexus 7 still have the images available, so there clearly must be a reason Google has decided to pull down the images for only the Nexus 4. Until Google issues an official statement, all we can do is speculate, but there are certainly some reasons out there that seem logical.

The most obvious reason for Google pulling down the images is because of the exploit that allows users to use 4G on the Nexus 4 in certain areas. Perhaps Google is working on a fix for this, and they do not want people to be able to get the image that allows the exploit in the mean time. For the time being, even a direct link to the factory image does not work, so there is no way to download it.

Google could also be pulling the image down to fix some of the issues people have been reporting. Users have reported issues such as reboots, battery drain, and Bluetooth not working. Perhaps Google wants to fix these issues, but it seems odd that they would need to completely remove the current image just to fix the issue.

Either way, hopefully Google gets the images back online soon, whether it’s a fixed version or the original version that was just removed. Google has yet to make any kind of statement regarding this issue, and hopefully the company addresses it soon enough.