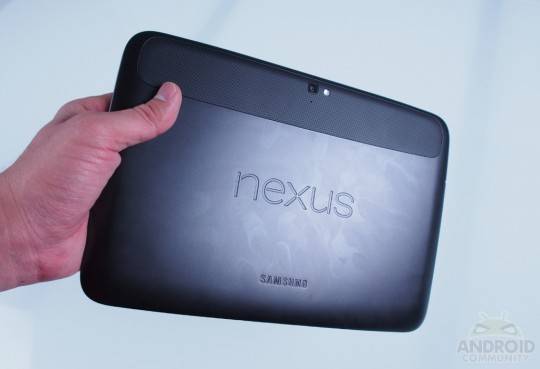 It would not be all that surprising to learn that Google was working on a next-generation Nexus 10 tablet. In fact, assuming they were planning to release a new Nexus 10 and were planning to show it off during Google I/O, we suspect that they would have already been working on such a device. That being said, it looks like today has brought a Nexus 10 rumor.

More specifically, a rumor about the processor that will be included in the next Nexus 10. The details are coming by way of the Bright Side Of News who are reporting that Google will be including a quad-core processor along with the new 8-core Mali-T678 GPU. Assuming that proves to be accurate, this should put a smile on the face of those who complained about the original Nexus 10 being underpowered.

It seems this new Nexus 10 was being shown off during CES. But not in a booth setting, in a private meeting. The details state that the quad-core powered Nexus 10 was being shown off in the original Nexus 10 casing, but that it was showing a “significant increase in digital power.” Other bits include how Google may address some of the shortcomings of the original design, but that adding a bit of “wow factor” will “probably wait for the third generation.”

Bottom line here, another Nexus 10 by itself does not sound all that surprising. Nor does it sound all that surprising that Google would want release the second-generation Nexus 10 with a bump in power and performance. The real key here will be seeing those final specs, and while we may see bits and pieces, this is something that Google will probably show off in full force at Google I/O.