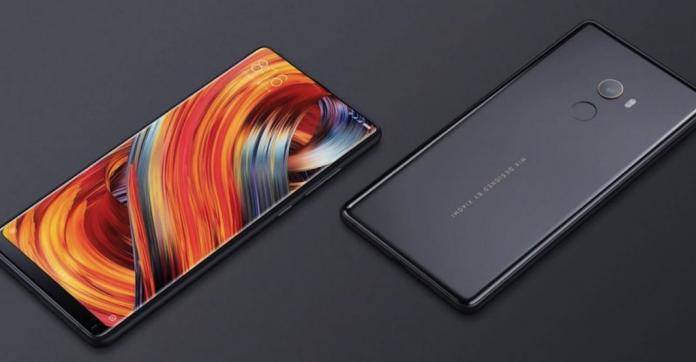 Vivo was already successful in incorporating the in-display fingerprint sensors on several devices. After the Vivo X20 Plus UD comes the recently announced Vivo X21 UD. Samsung isn’t as successful because of several delays and we’re not even sure if the Note 9 will have the technology. We’re just interested now in what brand will use it next. The Huawei Porsche Design Mate RS is equipped with it. As for Xiaomi, the next flagship phone is expected to have but it won’t be the Mi 7. A mystery device is believed to have an in-display fingerprint sensor.

Xiaomi already launched the Mi Mix 2S as a premium flagship phone. We’re not sure if and when the Mi 7 will still be unveiled but we’re expecting it will have a notch. The in-display sensor may not be ready yet. However, there’s another device sighted with similar specs but this time, with a fingerprint sensor. There is a possibility Xiaomi decided to forego the Mi 7 in favor of a Mi 7-like phone with an in-display fingerprint sensor as sighted on two firmware files.

The first Xiaomi prototype is said to be using a sensor from FPC and Goodix while the second device uses two fingerprint sensor from Synaptics and Goodix. This is one exciting improvement if and when Xiaomi decides to launch such so let’s just wait and see.