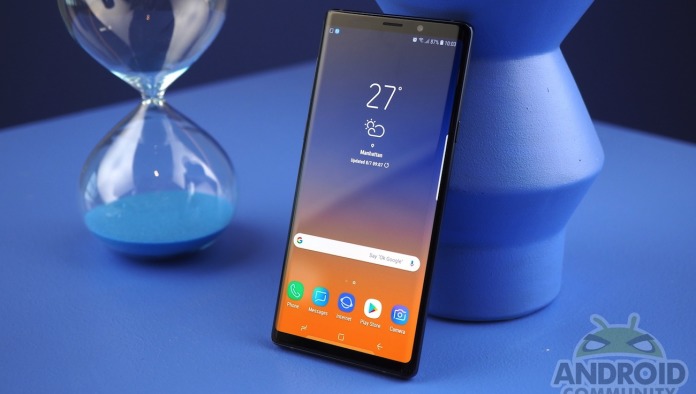 Now that Samsung’s plans to launch an on-screen or in-display fingerprint sensor are expected to become a reality soon, we’re more than excited to know what other technologies and advancements the South Korean tech giant can offer. To be honest, Samsung has already been overtaken by other Chinese OEMs in this area but we’re still interested how the Fingerprint on Display (FOD) tech will make a difference. It should be better because the company has been working on it for years. We don’t know exactly the reasons for the delay so let’s just wait and see.

Samsung hasn’t really ventured into the notched display game but we don’t think it ever will. You see, Samsung’s Infinity Display is good enough to achieve an almost bezel-less display. It followed the edge screen technology earlier introduced in old Galaxy S flagships.

There is no official confirmation yet but Samsung is believed to have started work on a new technology that hides the selfie camera under the display. This could mean an under-display, on-screen, or in-display front-facing shooter that will eliminate the need for a notch or a forehead.

The idea is for the cam to be hidden underneath the screen. Rumor has it prototypes are ready but are nowhere near perfection. Well, that’s how most mobile technologies start anyway so we’re crossing our fingers.

We’re still taking this with a pinch of salt, at least, for a couple of years. Samsung has many plans alright. We just hope it will be able to launch working products ahead of its competitors. So will the Galaxy S11 have both an under-display fingerprint sensor and selfie shooter? We’ll see.

#Samsung is working on a new technology trying to hide the front camera underneath the display. My sources told me that there are just a hand full of prototypes using this technology. I don't think we'll see this feature in retail phones until 2020, but who knows ??‍♂️