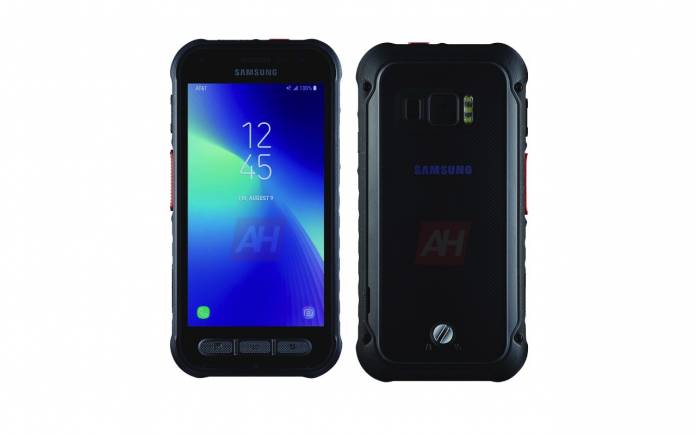 Samsung has always been “active” when it comes to the mobile industry. The Galaxy Note 10 series is about to be unveiled while the Galaxy Fold is also set for a relaunch. The new Galaxy Tab S6 and Galaxy Watch Active 2 have been teased officially and are expected to be announced before the August 7 Unpacked event. The next phone to look forward to is a new Samsung Galaxy Active. The rugged phone is believed to roll out from AT&T as an official offering.

A similar rugged phone was sighted at the Mobile World Congress earlier this year but that one looked closer to the Galaxy S9 than the Galaxy S10. Of course, the design is more rugged but with some of the major specs being used.

The Galaxy S series usually tries to become more bezel-less than ever. This Galaxy Active though doesn’t care about having thin bezels. They are present together with physical buttons. There is no certainty about the name of the phone but it could be the Galaxy S9 Active or Samsung could also be skipping to Galaxy S10 Active.

The Samsung Galaxy Active rugged Android phone for AT&T could be used by many different industries and agencies. An AT&T release means it’s welcome in the US. Perhaps the rugged device can be used by the police or fire department too.

An August launch is also possible. Maybe Samsung will quickly mention the new Galaxy S Active at the Unpacked event on August 7 but to be honest, we doubt the South Korean tech giant will make a big fuss about this model. AT&T doesn’t intend to sell the phone to the general public. Its work with FirstNet responder network is good enough for those workers that need to respond to emergencies or other important matters at once.