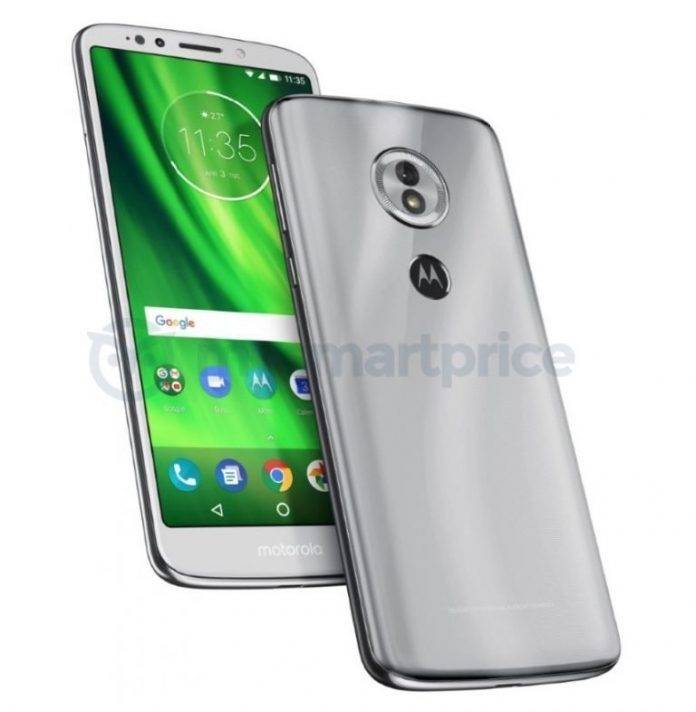 At the upcoming Mobile World Congress, we’re expecting Motorola to make an appearance. After learning about the Moto Z2 Force display repair fee is being waived and that special Valentine’s Day deals on phones and accessories, we’ve got a few details about the upcoming Moto G6 phones. The next-gen Moto G renders were shown off already. A 360-degree video showed all sides and we learned the Moto G6 Play will have an almost bezel-less 5.7-inch HD screen. We’re not sure if it’s 18:9 already but a home button is absent.

More information about the Moto G6 phones appeared. The Moto G6 Play will have a powerful 4000mAh battery but only a mid-range Snapdragon 430 processor. Its HD+ screen is good enough for media playback and simple mobile gaming. There’s only a single rear camera, a front-facing shooter with LED flash, and a fingerprint sensor at the back. The display isn’t 18:9 but only 16:9. The device will be available in Gold, Deep Blue, and Dark Charcoal. Price tag reads $190.

The MWC 2018 is just around the corner so we’ll see these babies then.