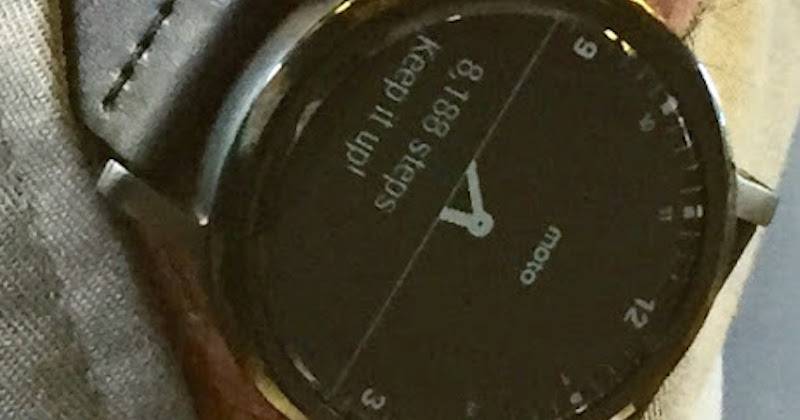 We’re counting on Motorola to reveal the next-generation Moto 360 at the upcoming IFA in Berlin this September. But before the official launch, we’re anticipating more rumors, leaks, and early sightings just like this one from Gerrit Gödecke who shared what he believed could be the next model. He sighted this smartwatch while riding a commuter train in Chicago.

Mr. Gödecke noted that in Chicago, there is a big chance you’ll catch Motorola employees everywhere. One wearing a new smartwatch that only true geeks can recognize was seen wearing this one that matched the earlier leaked images and renders. It’s still the same round watch but with the button now found on top right. 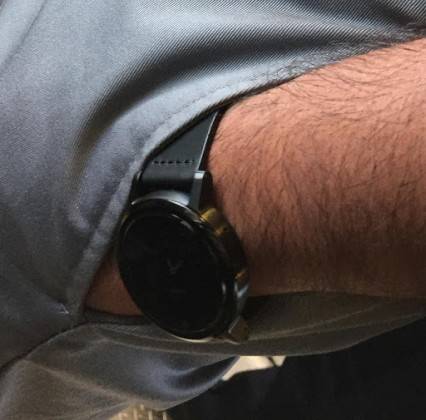 The purported Moto 360 still seamed to have a flat tired based on the display sighted. Again, Motorola could still be in the testing phase so let’s not conclude that the flat tire will still be there. We’re actually expecting not to see that one during the official reveal (hopefully).

Meanwhile, someone took to reddit his excitement over seeing the Moto 360. Redditor 3htu3z shared some information he gathered including a new microphone hole on the left, a thicker bezel design, and the button on the 2 o’clock area. The new position of the button seems to be consistent. 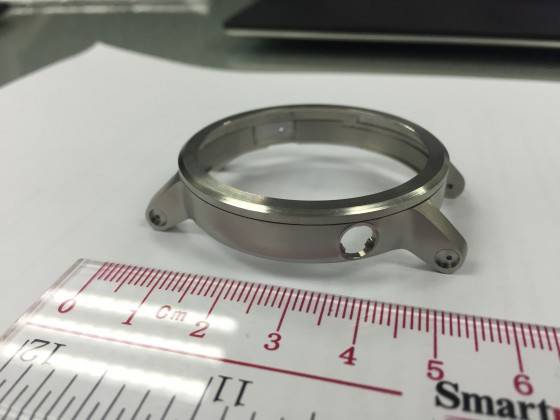 There’s also a mention of external lugs that could probably work with 22mm watch bands, display will have a 45.5mm diameter, and phone is stainless steal with bead-blasted finish. The group who posted these details make protective phone cases, as well as, watchbands for Pebble so they have connections with the supply chain. They just happened to get their hands on the new watch case.