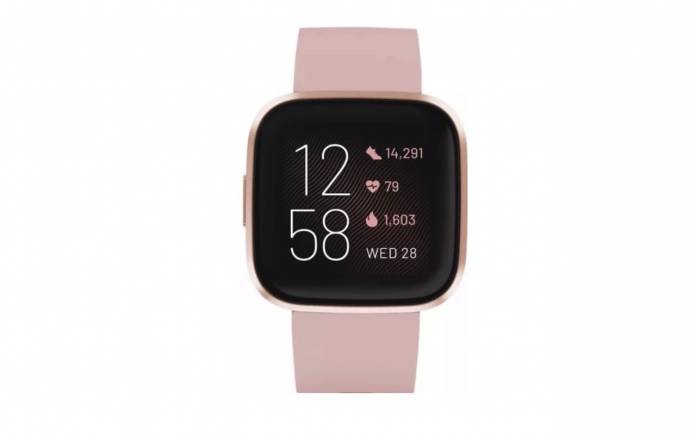 The first-gen Fitbit Versa was first rumored as a new mass-market wearable March last year. The device was then made available on Amazon the following month. Fast forward to a year later, Fitbit released four new wearables including the Fitbit Versa Lite Edition. Unfortunately, the Lite version isn’t exactly a success. For a lesser price, the specs have been reduced as well so it’s not as attractive or useful compared to the original Versa. A new Fitbit Versa is about to enter the scene though with major improvements from the 2018 model.

Evan Blass has sighted the new Fitbit Versa. @Evleaks said some major changes include the LCD screen being replaced by AMOLED. A new case will also be available and the shape will remain the same–squircle–square with rounded corners.

The wearable will also not include a smart assistant. It won’t be Siri or Google Assistant but Alexa. Fitbit teamed up with Amazon for this new Versa so expect voice interactions. Talk to Alexa on your wrist and it will do just about anything whether do a search, manage tasks, or control other smart home devices.

Alexa support is very much welcome because many people prefer Amazon’s voice assistant. It may be limited so we’re crossing our fingers the Google Assistant may also be considered. The two doesn’t need to run at the same time.

The wearable device should run either one of the two. Consumers must be given a choice. But then again, we’ll have to see if the Fitbit Versa’s limited specs can handle Google Assistant.