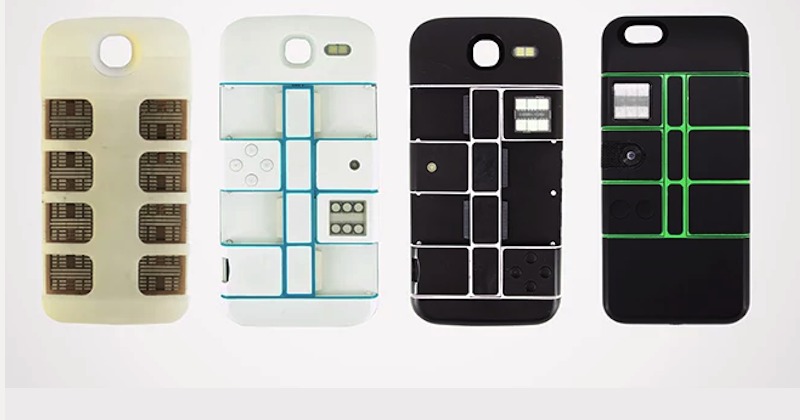 The Project Ara is still on but some geeks are getting impatient with it. While waiting for the modular smartphone, a group of guys went to Kickstarter to introduce a new phone case that features several modules just like the Project Ara phone. Called as the nexpaq, this protective case is the first truly modular smartphone case that allows the user to be in control.

You can add an extra battery, memory, or an amplified speaker if you want. You can customize the case and add more features to your smartphone by simply adding or removing modules located at the back of the case. Before, we only have phone cases with extra battery but this nexpaq is revolutionary in the sense you can add more features to improve the smartphone. There are no limits and you can allow your phone to do anything.

A nexpaq case also comes with a built-in 1000 mAh battery to give your phone extra juice when you need it. The nexpaq both works with iOS and Android smartphones and on most phone models in the market today and even in the future. At present, there are 12 modules available: battery power, amplified speaker, super LED flashlight, SD card reader, temperature and humidity, hotkeys, USB flash, air quality, breathalyzer, laser, backup, and dummy (extra slot for anything).

This nexpaq modular smartphone case is still a concept but the guys behind it are trying to raise $50,000 to make it a reality. As of this writing, the team has already raised about $29,000 with 30 more days to go before the deadline. You can pledge any amount starting from $1. Feel free to pledge hundreds to thousands of dollars if you think the idea is worth coming to fruition.