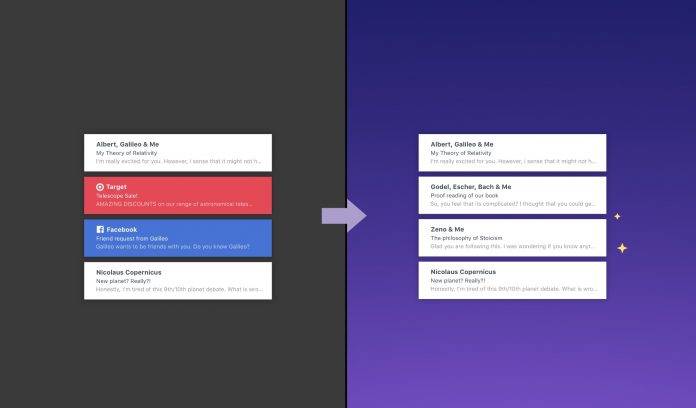 The Gmail system of sorting through your email and placing them into categories is pretty neat. But if you don’t want to use the Gmail or Inbox app and prefer a different email app, then this system is practically useless. Newton Mail is one of the more popular third-party email apps and the good news is that they are now adapting this feature into their own system. Tidy Inbox will help you sort through which emails are important and which can be low priority.

If you’re already familiar with the bundling system that Google uses, this is basically the same. It can bundle Newsletters and Emails from Social Media. They will not show up in your main Inbox anymore, removing clutter that you probably won’t need to read anyway. They will show up in something called Low Priority folder which has a button that can delete all of those that are in the folder. For the Newsletter folder, it has a Bulk Unsubscribe option which is pretty handy if you’re too lazy to unsubscribe individually.

If an important email has been wrongly placed in either folder (and it’s been known to happen with Gmail), then you just have to move it back to the Inbox, and any other succeeding emails from that address will go directly to the Inbox already. Tidy Inbox is turned off by default so you have to go to the Settings > Superchargers to turn it on.

If you haven’t tried using Newton Mail, you can try it out first in a 14-day free trial. If you really like it, then you’d have to pay $50 annually, which some loyal users say is pretty worth it.