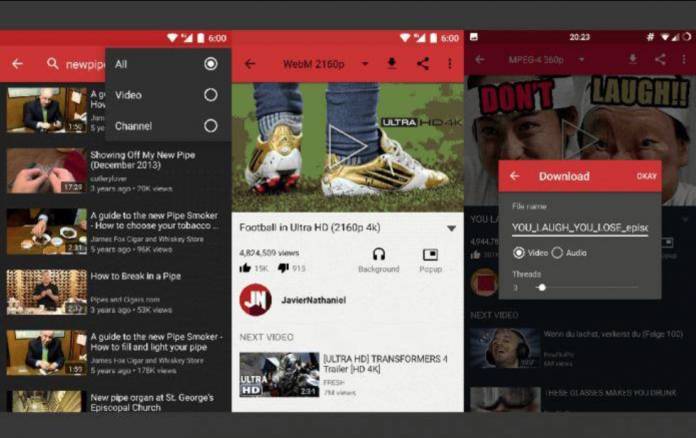 If you’re not using the YouTube app on your phone for one reason or another, you’re probably using an open-source app alternative. NewPipe is one of the more popular ones even though it doesn’t actually use the app’s API and just parses the website. But one complaint is that it is slightly dated when it comes to the user interface. Now the developers seem to be preparing a new Unified Player UI to give its users a better experience.

Why would you not use the native YouTube app anyway? Well, it’s either you don’t have Google Play Services or you don’t want to be interrupted by all those ads that play in between videos (but you don’t want to subscribe to YouTube Premium). In any case, NewPipe is a good alternative even if it doesn’t exactly capture the experience of using the actual YouTube app. But hopefully, this new Unified Player UI that they’re testing out will be better.

XDA Developers shares some of the new things that you can expect when it eventually rolls out. The new build will see the main, background, and popup players will be connected in one service, one view, one fragment, one activity, and one gesture listener. The main player will have all the details, descriptions, comments so you don’t need to open another window. You will also get seamless screen switching from one player to another.

The expandable player at the bottom gets new features like a new animation, play/pause/close buttons, swipe down actions to dismiss a window, etc. You also get better background playback, some new actions for orientation changes, and tablet screens are now supported. There are also some improvements to some features like brightness control, action chooser, player service, etc.

If you want to try out the new features, you can download the latest APK and play around with it. But remember that this is still a test so some features may still be buggy. No news yet when a stable build will roll out.