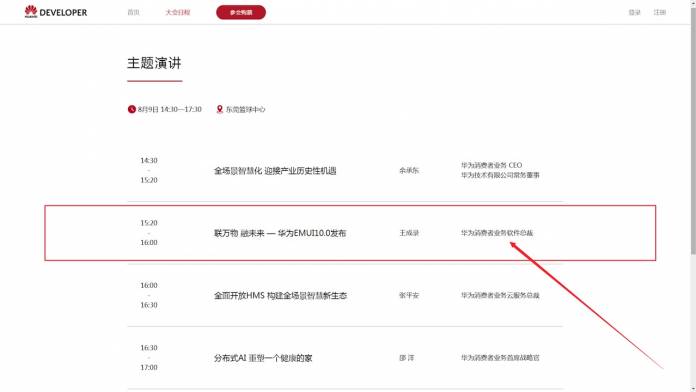 Huawei may be busy trying to fix the problems it has been facing for a few months but it hasn’t really forgotten many of the things the company needs to do. It still continues to market its mobile products and send out software updates. The EMUI 10 is the next UI version after EMUI 9 that has received a number of iterations already. The next EMUI 10 Android Q has been seen running on a Huawei P30 Pro unit. It’s just one evidence but now we’re learning it will be available by next month.

At the Huawei Developers Conference on August 9 to 11, Huawei EMUI 10.0 will be released at the Dongguan Basketball Center. The rollout will open 3:20 and end 4:00 PM. THE President of Huawei Consumer Business Software Wang Chenglu will be there to direct the event.

The Huawei EMUI 10.0 will be ready soon. Obviously, this one will be based on Android Q. Google hasn’t announced the next ‘Q’ dessert yet but we can expect it will be served.

Details revealed on the Huawei P30 Pro are incomplete. We don’t claim we have everything we need to know but we’re looking at depth customization and improvements on EROSF, Ark compiler, and GPU Turbo.

The Ark compiler is said to have changed the compilation mode of Android from the ground. It replaces dynamic compilation with high resource consumption with a more efficient static compilation. The result then is a better system fluency and faster system response.

The new super file system EROFS is there to increase random read speed by 20%. A patented compression method also provides extra space to store over a thousand images or some 500+ songs as described. EMUI 10 is expected to launch officially on August 9. We’ll get to know all the important details next month before the new EMUI’s wider release and before a new Huawei phone is announced.