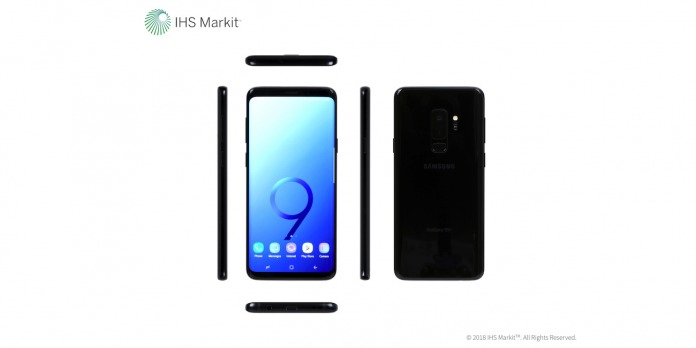 Teardowns always tell us how a company designed a mobile device. A teardown treatment also shows a gadget’s level of repairability. Depending on how a phone was built and how the components are positioned inside, a teardown reveals how an OEM thinks. When it comes to the Galaxy S9, recent teardowns have shown us the camera features. Another related treatment is usually done to tell us the real cost of a phone. You see, the prices of phones sold in the market are already marked up prices. Business is business but it’s always interesting to know how an OEM is making money.

According to IHS Markit, the cost of the new Samsung Galaxy S9+ is $375.80. That’s the bill of material cost, which compared to last year’s Galaxy S8+, the S9+ is slighly more expensive. Specifically, the model here has 64GB NAND flash memory. Obvious reason is a rise in prices of the NAND flash memory and DRAM. The dual-lens mechanical aperture camera module is also more expensive this year. Interestingly, Samsung didn’t exactly make the S9+ more costly. The S8+ and S9+ are still within the same price point but the latest Galaxy S definitely has more premium specs.

The Samsung Galaxy S9+ is sold in key markets at $839.99. Noted in the costing are the camera modules (iris, primary, and secondary) that cost about $44.95. The primary camera alone–the 12MP dual lens camera system–costs $34.95. The phone boasts a reimagined camera so we can be sure the South Korean tech giant chose the best camera module in the market today. It won’t get an almost perfect score of 99 on DxOMark if the camera is really nothing.

The phone already runs on the latest Snapdragon 845 processor. The chipset costs about $67. The S9+ display is basically the same as the S8+, costing about $79. The phone offers wireless charging but it’s been upgraded to 15 watts (from 7watts).