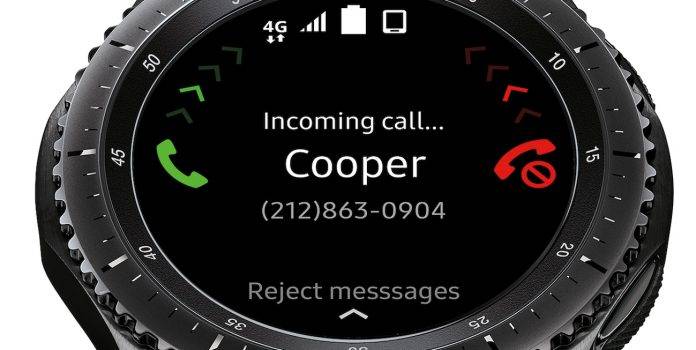 We’ve only been waiting for the new Gear S3 smartwatch from the South Korean tech giant. We’re looking closely at anything Samsung releases now because we’re very much interested in how the company is handling the negative image and if its doing any major change. The latest Gear device has been ready since August but it’s not yet out in the market. Pre-order has just opened before the November 18 release.

The smartwatch will only be sold on Samsung, Macy’s, Best and Buy, and Amazon. We’re guessing other big retailers will also receive the wearable device but for now, you can order from those online stores mentioned. Of course, the 4G LTE frontier version of the Gear S3 will also be ready from Verizon, T-Mobile, AT&T but with probably some slight differences in pricing and exact availability.

The Samsung Gear S3 LTE will be available in two design options–one is classic and the other one is rugged frontier. Price starts at $349.99 for the basic version. Each of the rotating bezel will be different for each model but both will already be IP68 water and dust resistant. Feel free to customize the smartwatch by always changing the watch face or the strap.

What’s so special about this Gear S3 is that it’s the first smartwatch to offer MST payment support which means you can use Samsung Pay. Imagine shopping and juts paying by tapping wrist on a terminal. It’s not just your Galaxy smartphone that lets you shop with Samsung Pay. Your smartwatch now can be a helpful companion during shopping.

To review, the Samsung Gear S3 comes with built-in GPS, S Health app, heart rate monitor, Bluetooth, and LTE. You can also use it as a standalone device because it can connect to a network courtesy of the top three major carriers in the United States.