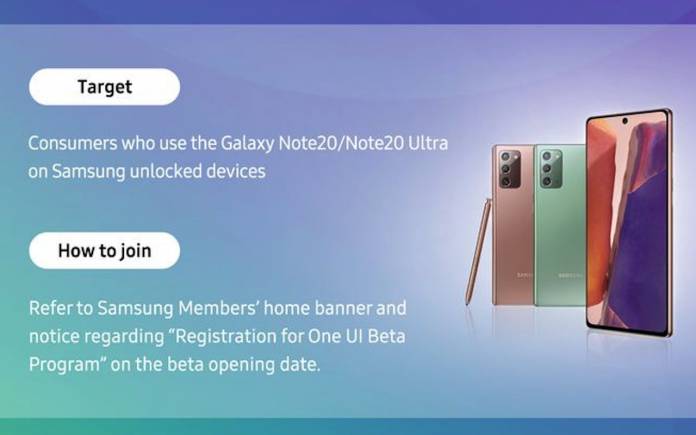 Here is the latest about the new version of One UI. The One UI 3.0 beta build update is available soon for the Galaxy Note 20 and Note 20 Ultra. Samsung has already mentioned the One UI 3.0 would start rolling out this month with new features to flagship phones. It will bring the ‘Double Tap to Sleep’ feature to Galaxy devices among others. We’ve been saying the new One UI is being prepared for the Galaxy Note 20 series so if you have the new premium phone, expect to receive the update anytime soon.

The final stable build isn’t achieved yet but it will be ready in the coming weeks. For now, we wait for the latest beta update for the Galaxy Note 20 and Galaxy Note 20 Ultra. It’s actually the second version that brings a number of bug fixes.

Some unit owners have experienced app closures. They should be fixed after this update but, of course, we won’t be surprised though if more problems will be unveiled. We don’t know when the stable build will be ready but the Galaxy S20 series has already received the fourth beta update. After the Galaxy S20 trio, we can expect the other Galaxy phones to get the same.

If you live in India, the firmware version N98xxXXU1ZTJQ for the Galaxy Note 20 is ready with the latest November 2020 security patch. Other key markets like the US, Germany, and the UK, will receive the same.

The Galaxy S20 series’ fourth One UI 3.0 beta is closer to the stable version. It brings improvements like that on the Space Zoom feature. The results of 100x zoom are clearer now. The zoomed-in text can also be read better.