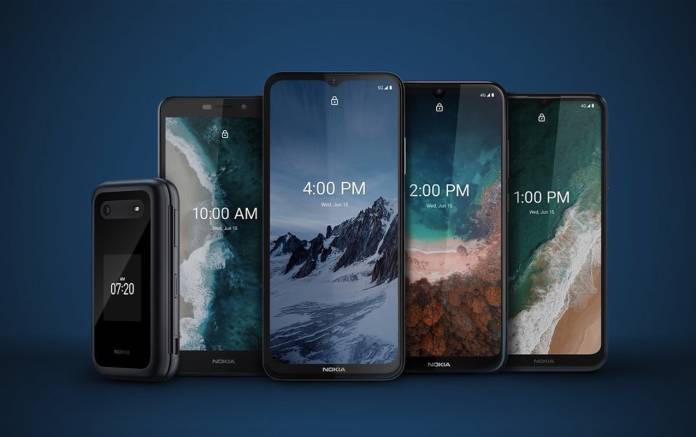 CES 2022 isn’t over. Some companies may have decided to pull out of the live tech even but we’re still seeing a barrage of announcements of new products here and there. HMD Global has introduced a slew of new Android phones to the mobile market. There are no premium flagship phones in the roster–just more budget-friendly smartphones that many people can actually afford. The most powerful among the lineup is a device that runs on Snapdragon 480. It’s not exactly that advanced but it’s affordable with a $239 price tag.

The budget segment is getting new entries, thanks to HMD Global. As if there aren’t many new options available, Nokia is adding five models: the Nokia C100, Nokia C200, Nokia G100, Nokia G400, and the Nokia 2760 Flip Phone.

The Nokia G400 has a large 6.6-inch screen with a 120Hz refresh rate. The triple rear camera system includes a 48MP primary + 5MP ultrawide + 2MP macro. The selfie camera is placed under a waterdrop notch. It’s available for only $239.

The Nokia G100 has a smaller 6.5-inch screen, triple camera system, 5000mAh battery, and a side-mounted fingerprint scanner. It’s very cheap at only $149.

The Nokia C100 and Nokia C200 are even more affordable at $99 and $119, respectively. You can purchase them from a number of prepaid carriers in the US during this first quarter. These Nokia C phones only use MediaTek Helio A22 and a 4000/3000mAh battery. They only come with a single rear camera. We’re not really sure why Nokia is giving us a long of budget phones but yes, if you need an extra phone for basic call and text, you may probably turn to Nokia.