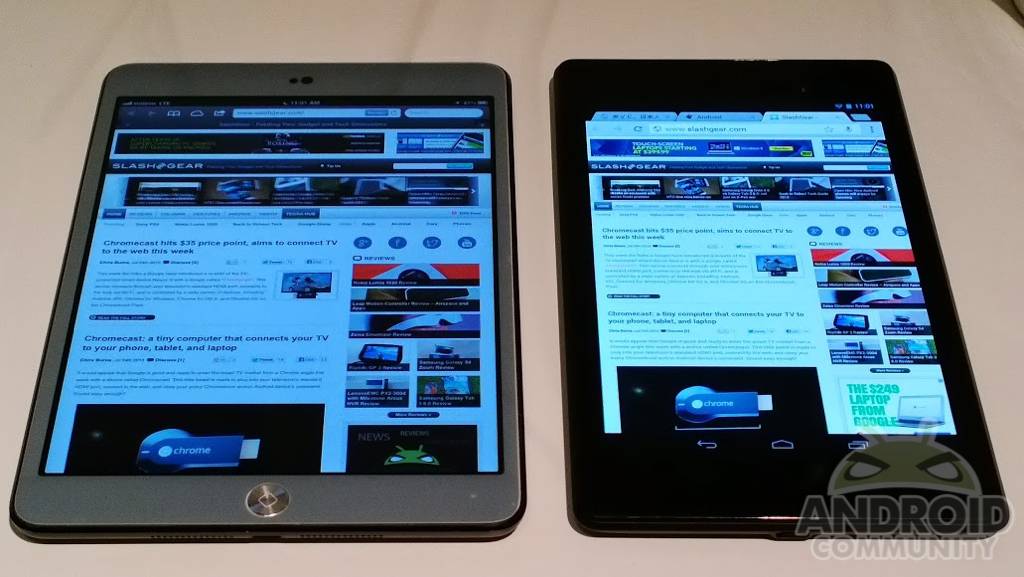 If you’ve been debating the purchase of a new small form factor tablet lately, Google just unveiled a brand new option that is probably your best bet. As you all know Google just dropped the new Android 4.3 Jelly Bean powered Nexus 7 on the world, and it comes at a great price. While we’re not the biggest fans of these types of comparisons, we’re sure a few wouldn’t mind a quick rundown.

Comparing software and performance on different devices with different specs, screen sizes, and OS flavors is a bit worthless, and in the end it’s all about what the user wants and needs. At the moment for those seeking a small 7 to 8-inch tablet, the two top-tier models from Android and Apple come to mind. Google’s new Nexus 7, and of course the iPad mini. While there’s plenty of other good Android alternatives like the Galaxy Tab 3, we’re just focusing on these two.

Obviously being an Android site here, you already know which device we’d choose if we had to only pick one, but lets break down some numbers to help the rest of the world. Not only does the Nexus 7 run circles around the iPad mini in every single aspect of specs, but it also does so at a much lower price. Is there really a reason to justify paying $100 more for the iPad mini, or more if you go for 4G LTE? 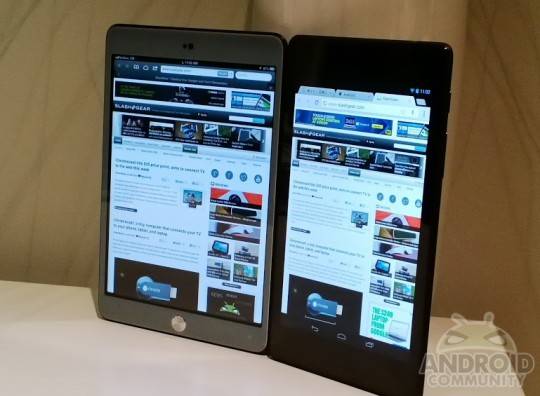 The new Google Nexus 7 comes with a 7-inch 1920 x 1200 full HD display with the highest pixel density of any tablet available on the market. That being 323 PPI. Take that “retina” display. Compare that to the iPad mini that has a 7.9-inch display with a 1024 x 768 resolution at 163 pixels per inch (ppi) there really is no contest. Some might argue anything over 720p is overkill, but sitting these side-by-side you can truly see the different. The Nexus 7 just looks gorgeous. It also weighs slightly less than the iPad mini as well, for those curious, but it isn’t quite as thin.

Moving on to internals the dual-core Apple A5 silicon and 512MB of RAM running the iPad mini is smooth and stable on iOS, but compare that to the 1.5 GHz quad-core Snapdragon S4 Pro with 2GB of RAM with the new Nexus. And now you see why the cost can’t be justified. 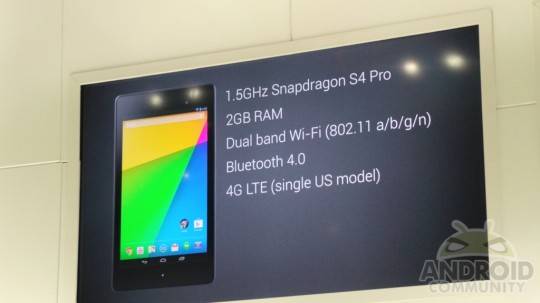 Both devices have dual cameras, which is a step up from last years Nexus. We have a 5 megapixel rear and 1.2 front shooter on both devices, which we’ve yet to compare. With Android 4.3 Jelly Bean we have new Bluetooth 4.0 LE standards, so both have that. However, the Nexus 7 has a few things the iPad mini simply does not. Those being wireless charging, NFC, and GPS. The iPad mini has WiFi-assisted GPS on the LTE models.

The bottom line however, isn’t just specs because the operating systems are wildly different and both run extremely well on their respective systems. The important thing here is the price. The Nexus 7 comes in a 16GB, 32GB, and 32GB with 4G LTE option. The iPad mini comes with 16GB, 32GB, and 64GB, with some LTE options as well. Here’s where the Nexus 7 hands down wins, not to mention all the specs are just that much better.

Until we have more time with the 2013 Nexus 7 (and a full review is coming) we’ll have to leave this right where it sits, which is all about price. However, while using the Nexus 7 the past day and a half we absolutely love it, Android 4.3 is blazing fast and as smooth as ever, and the slimmer design and smaller bezels just makes this new slate shine.

And in case you didn’t fully read those prices above, you could get a 32GB 4G LTE Nexus 7 and a 16GB WiFi model BOTH for just a few more dollars than a single iPad mini with LTE. You do the math! This isn’t the last time we’ll hear from either of these devices, and surely Apple has another iPad mini in the works for later this year. At this point and time though, the Nexus 7 is the crystal clear winner.

While many will opt for the iPad mini, especially those deeply involved in the OS and ecosystem, overall the new Nexus 7 is just a well rounded device that will be hard to beat.