The new Xiaomi MI 5X arrived together with the new MIUI 9. You may have seen and tried the new OS before but for the sake of those who haven’t, here is a rundown of the features and functions of the new MIUI. Note that this version is already available on the premium Xiaomi MI 6, Redmite Note 4, Redmi Note 4X, and the Mi 5X. The version previewed as a sample on the MIUI thread was the China Developer ROM 7.7.28. The Global ROM isn’t expected to be any different from this one.

The MIUI 9 makes the device faster than ever. Accelerated startup of apps is noticeable compared to the previous MIUI 8 OS. We’re not sure how Xiaomi did it but it could be because of some optimizations in thread scheduling, haptic feedback, and CPU acceleration. Animation of app launch has been changed as well and is much snappier.

We said there will be new themes and new icons. You can choose from four options: Limitless, Color Fantasy, Cool Black, and Default. You will notice that the home screen UI changes with the themes. 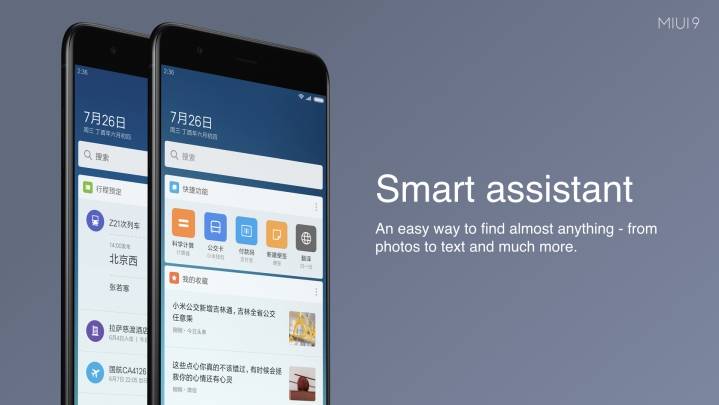 There’s also the Smart Assistant that can be accessed by simply swiping to the right of the screen. This is Xiaomi’s version of the Google Assistant that gets information from different apps and remembers them for future use. 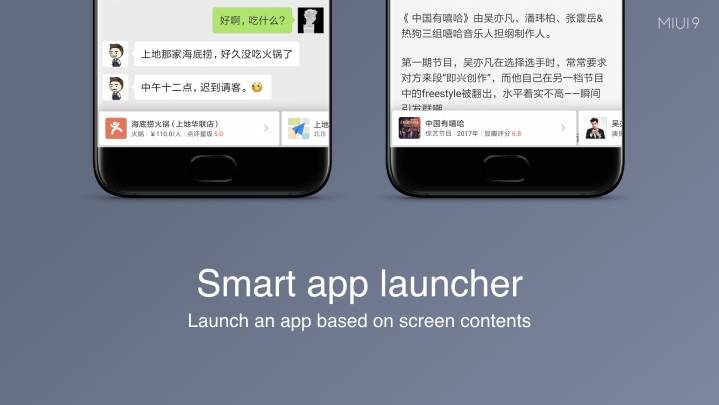 MIUI also has its own Smart App Launcher that allows the user to get more information right inside an app. No need to launch more apps just to search for more or view images. With the launcher, shortcuts are triggered to open searches or relevant information. You can even shop quickly if you want.

Home screen editing is made simpler now. There’s also the split screen mode that can be activated by the Split Screen Mode button.