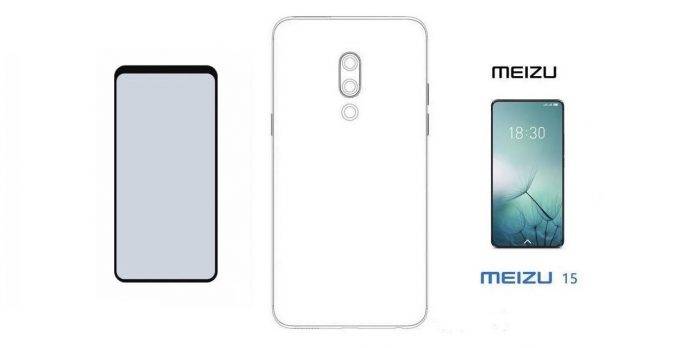 After launching the Meizu M6s, the OEM is about to introduce another smartphone. There is no official announcement yet but we’ve seen the leaked images showing off dual rear cameras. We expect more information and photos will be leaked especially since this is a Chinese brand. We’re used to Meizu devices being leaked ahead of launch and this one is no different. The renders below give us an idea that the Meizu R15 Plus will be one powerful machine.

The Meizu 15 Plus will be the company’s special offering in time for its 15th Anniversary. It will be revealed together with the Meizu 15. When it comes to specs, the phone is said to have ultra-narrow bezels on three sides. The top bezel will be thick because of the front-facing camera plus some other sensors.

The device will come equipped with a vertical dual camera system found on the rear. There’s also the flash and laser focus module with a ring-type design as illustrated. There is also a possibility it could just be the fingerprint sensor.

There is no confirmation yet but the smartphone may be powered by either a Samsung Exynos 8895 or the Snapdragon 845 processor by Qualcomm. It may also be available in two variants: an 8GB RAM with 128GB onboard storage and a 6GB RAM version with the same 128GB memory.

Meizu 15 Plus may be sold with a 3,599 Yuan price tag that converts to about $562. Expect the smartphone to be announced next month in time for China’s Spring Festival with a March market release.