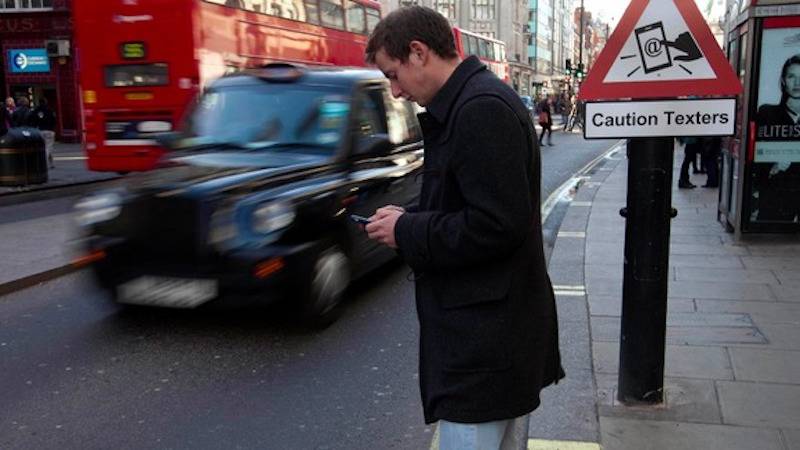 We’ve seen a lot of PSAs, memes, news reports, and warnings that looking at your phone while doing some other activity like walking is dangerous to your health. But it seems like we really can’t help ourselves and our eyes are glued to our small screens even though you should be concentrating on something else. If you live in New Jersey or are planning to visit one of these days, you might want to be careful about doing that since it may soon be illegal.

A new bill is being passed that would penalize people who are caught texting while walking. The assemblywoman who sponsored the bill said that because those who do so are putting not just themselves but other people at risk as well, there should be a legal deterrent for them to stop being so reckless and occupied. Stats have shown that there has been a 35% increase in the number of accidents related to individuals who are much too distracted by their smartphones.

The bill is set to be voted on soon. But in case it gets passed, violators will have to either pay a fine of up to $50, spend 15 days behind bars or even do both of those actions, depending on the severity of the situation. There hasn’t been any study yet where any state or place has seen a dramatic decrease in road-related accidents.

Predictably, this has received mixed reactions from people. While some believe that of course, this is something that needs to be pushed into people’s consciousness, making it a legal thing may just be too much. There is also a segment in society that welcome this kind of legislation as it is already a habit that needs to stop.