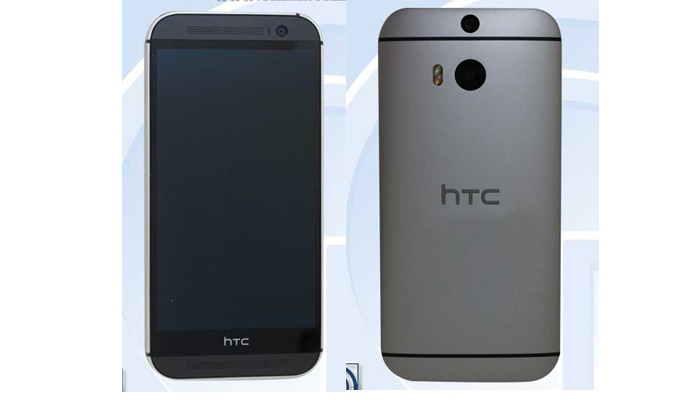 Well, the HTC One (M8) Eye has finally surfaced – though unofficially. This new device that has appeared in the files of China’s TENAA is codenamed the HTC M8Ew, with the “w” a nod to China’s WCDMA networks. This was leaked a few weeks before and we picked on that, although the initial leak lacked anything in the manner of images. Now we have it.

The HTC One (M8) Eye takes considerably after its predecessor. No major changes here in the design language, but not that HTC fans are demanding any. It’s probably good that HTC chose to make this upgrade follow the form factor of the already popular HTC One M8. The main upgrade is the 13MP main camera, which we expect to be utilizing the dual camera setup that HTC has used in its flagship devices.

The camera is a significant upgrade away from the measly 4MP main shooter that the relatively older flagship model carries. There is no information yet on the other specs within this new HTC phone – as such, we really don’t know yet if this phone will be competing at the very top of the smartphone market.

The HTC One Eye is expected to launch next week in a press event by HTC. Until then, or until an enterprising person leaks the info out, we will have to wait for the full spec line of this new phone. There is a big possibility that it will have flagship level specs and should fight for more of the market with the older HTC One models.