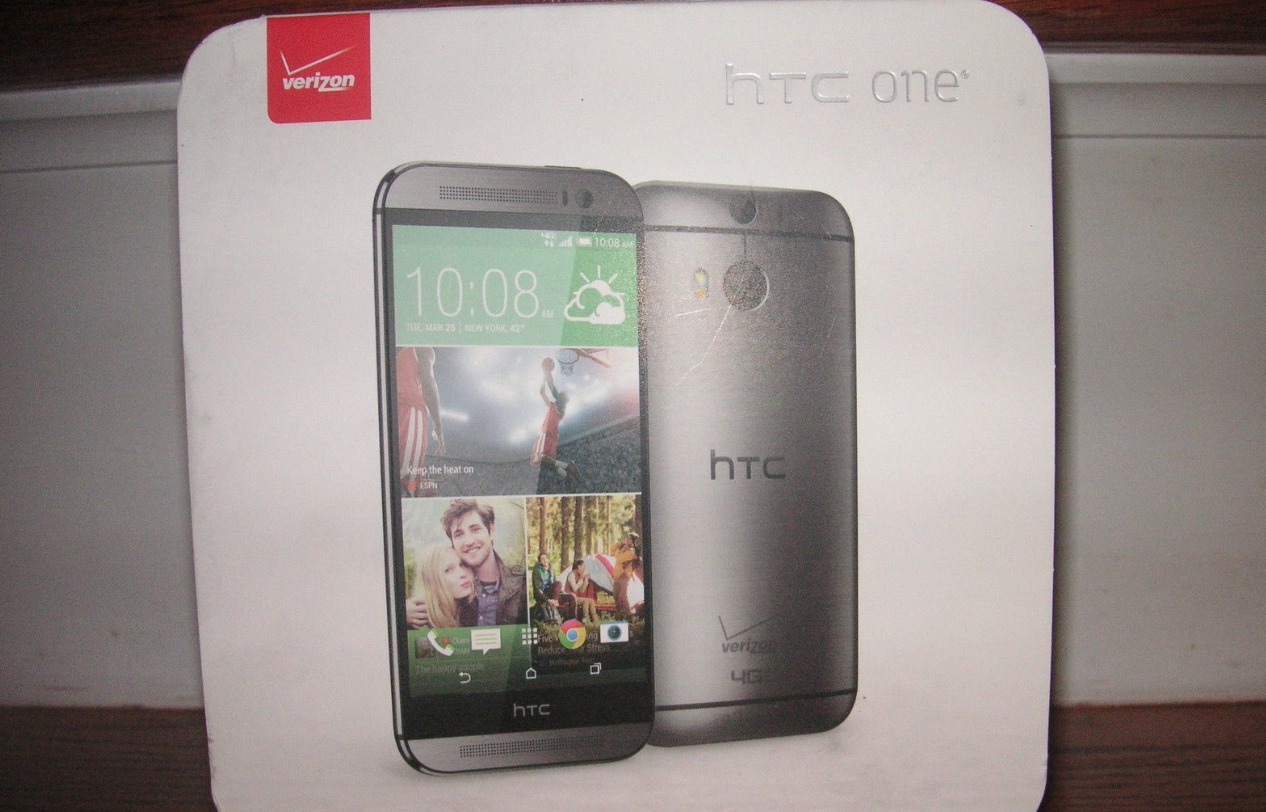 Somehow, some way, the new HTC One has already been sold on eBay. An initial asking price of $199 skyrocketed to $499 before the online auction ended, with one anxious soul taking home the prize. It was a Verizon device, which we can see with the very blatant logo on the outside box, so at least we know they’l have it at launch.

The device looks the part, but some issues are present. We see the subtle hardware changes, with the top speaker grille towards the left of the device and both the front-facing camera and speaker to the right. The curved edges are also a bit more pronounced on the new One, and there is an additional camera on the back. A Verizon logo also adorns the phone, in case you were wondering if they’d brand it. This time, the “Verizon” and “4G LTE” are stacked because “Beats Audio” is gone from HTC devices.

The specs listed on the box are also spot on from what’s been leaked. The 5-inch screen, Snapdragon 801, 4MP Ultrapixel camera on the back, and a standard 5MP shooter up front. Though we technically have two weeks or so until it’s official, HTC is terrible about keeping things quiet, so we’re just waiting for it to hit shelves.

Interestingly, there is nothing on the box showing it’s an “All New HTC One”, which is the new name we’ve all heard. The box just says “HTC One”, offering nothing in the way of new naming. It’s got plenty of subtle reminders it’s new (2014 mentioned here and there n the fine print), but no new name. Maybe HTC came to their senses.