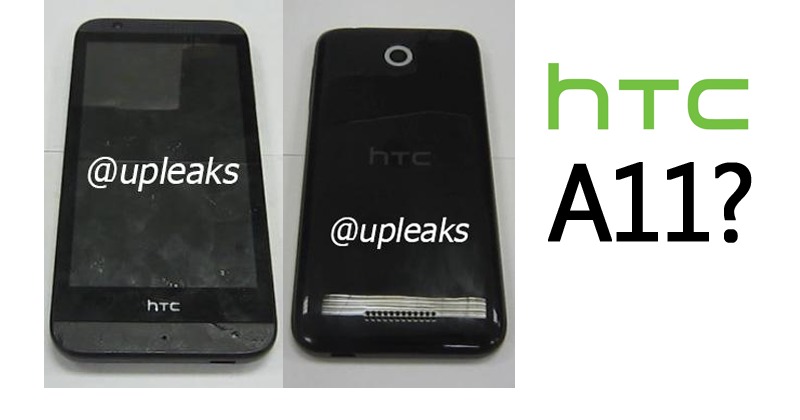 A possible HTC mid-tier phone got leaked, code named the HTC A11, which from visible aesthetics and design would go well with the brand’s Desire line. HTC has been relatively quiet on new products these past few weeks, and so it’s good to see that it is not resting on its laurels on putting out what is arguably one of the best Android phones to date with the HTC One M8.

The highlight of this newly leaked smartphone will be its rumored 64bit processor, the Qualcomm Snapdragon 410, the first ever 64bit quadcore SoC from the brand. It will run a 1.4 GHz quadcore Cortex-A53 CPU, and an Adreno 306 GPU. 64bit processors have not been part of the highlights even for most high-end phones, and very few apps will be able to take advantage of this – but maybe HTC will start a trend here. Will this feature also be in their next-in-line flagship phones?

To complete the specs, the device will also have a 4.7-inch (480×854) touchscreen, a 5MP rear camera without an LED flash, and a VGA front-facing camera. It will all run on an Android 4.4.2 KitKat OS, of course, with an HTC-tweaked UI.

If you check out the images above, the mid-range phone will not have the dual front-facing speakers found on HTC’s higher-end devices. That is pretty much all the details we have for the HTC A11 as of now. There is no available release date yet, and no idea yet on the pricing as well. Given the meager spec line, you can expect this phone to have a decent enough price tag.