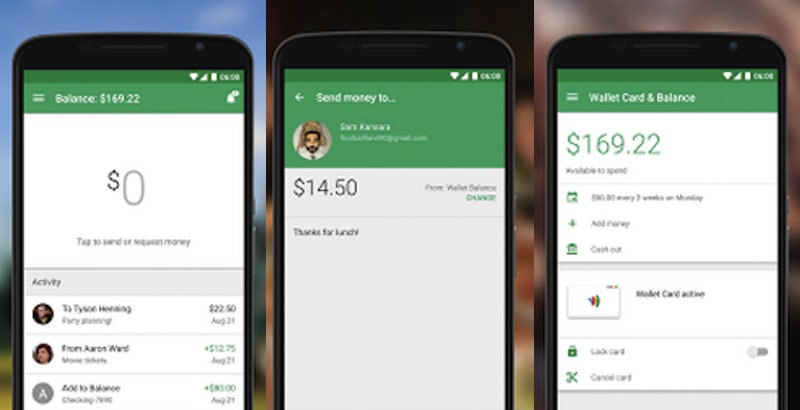 After more than four years in the e-commerce game, the Google Wallet will have a new name. It can be confusing right now but Android Pay is basically just the tap-and-pay feature of Google Wallet. The new app allows easier sending of money with to any email address in the US. No need for the receiver to have a Google Wallet account, just an email add will do.

This service is available in the United States for anyone who has a Wallet Balance, bank account, or a debit card. Connect your account to your Wallet and you can start sending money to your contacts. Or if you receive a Google Wallet payment, you can cash out the money using the linked debit or credit card. No need to wait for a few days before transaction takes place because you can cash out anytime.

Google Wallet lets you set an amount to spend so you will not go over your shopping budget. This way, you can keep track of all transactions. It’s also safe and secure because Google does fraud monitoring all the time to watch out for unauthorized or unverified payment transactions.

Google Wallet app will soon be known as Android Pay when it launches. No word when Google will be launching the new name but we’re guessing before the year ends. It should be available in most retail stores in the US soon. You can also use it to pay for purchases ‘in apps’. Some of the stores that Google listed to accept Android Pay include Best Buy, Bloomingdales, Macy’s, Office Deport, GameStop, McDonald’s, and jetBlue among others.