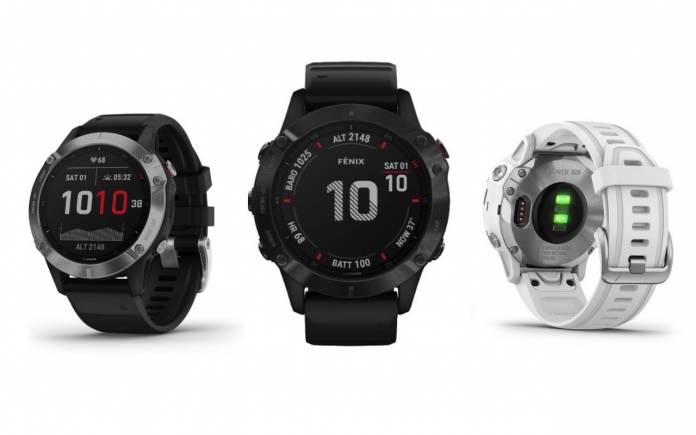 The Garmin Fenix 5 was introduced during the CES 2017. It’s been over two years and we haven’t seen any new Fenix device since that Garmin fēnix 5 Plus from last year. It’s time for a new series as Garmin is set to launch a number of Fenix series smartwatches. They are more like health and fitness trackers as the brand is more known in this category. Three new models are available: the regular Fenix 6/6 Pro, Fenix 6S/6S Pro, and the Fenix ​​6X Pro.

The Garmin Fenix ​​6 Series is mainly for extreme sports people–the runners, athletes, and hikers among others. The watch comes with GPS and other tracking features plus a heart rate monitor and Pulse Ox. The latter determines the oxygen content in the blood of a person. Expect a Body Battery function and Pace Pro function for speed. Sadly, this one doesn’t support music playback for some reason. The non-Pro version doesn’t include wireless support and doesn’t allow viewing of map data.

The Garmin Fenix ​​6 Pro and Fenix ​​6S Pro are more advanced. They look almost the same with the Fenix 6 and Fenix 6s but they come with 32GB onboard storage. They also allow music playback and wireless support. They’re also more expensive at 699.99 euros ($777).