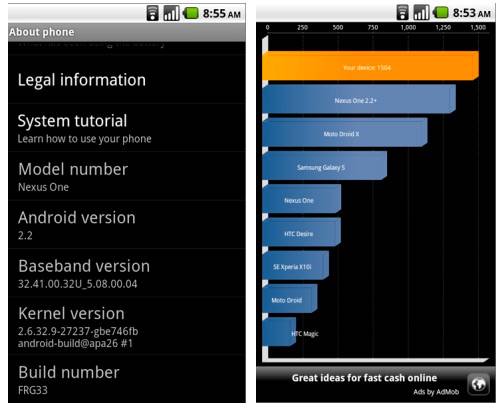 It appears that Google has been working on yet another update for 2.2, and the open source community has gotten their hands on it. In the build is said to be more speed improvements, better Wi-Fi performance, and bug fixes. Build number FRG33 also has a newer version of the installed radio.

The update has not been officially pushed out and we are not sure if it is ready for the mainstream, but if you are a ROM junky or just want to try your luck head over HERE and give it a try. Always remember when you install non-officially released ROMS, there could be a chance everything does not work properly. Let us know how it goes if you intall it.