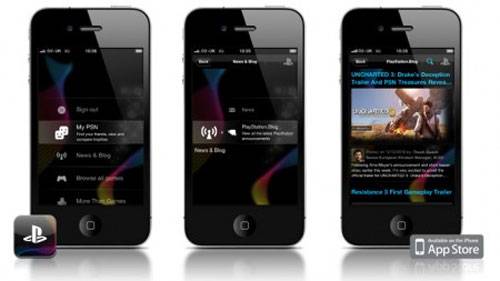 We mentioned a few weeks back that an official PlayStation app was coming to Android devices (and to the iPhone). The app sounded cool, but it isn’t intended to allow players to actually play any games. The point of the app is to keep you updated with the online status of your pals and to give you information on all the games on the PlayStation platform among other things.

The app still hasn’t been announced for US Android users or Android users in other parts of Europe outside the initial launch areas of the UK, France, Germany, Spain, Italy, and The Netherlands. The first update for the app to version 1.1 will reportedly bring access to more countries with Russia, Australia, New Zealand, Ireland, Portugal, Norway, and Poland specifically noted. I hope that US fans will get the app with that update as well.