Well, we know an ad when we see one, and this definitely feels like one. It feels a bit “dirtier” that OnePlus didn’t announce this together with the new update that just rolled out to the OnePlus One, so it seems like they sneaked this one in there. The update predominantly featured Cortana, another Microsoft product, but these “suggestions” were not in any way announced.

OnePlus recently rolled out update 12.1.1 for Cyanogen OS. This was the update that would bring deeper Cortana integration to the OnePlus One, if you so choose. Yes, you have a choice whether to install Cortana or not. But these suggestions appear whether OnePlus One users want them or not. 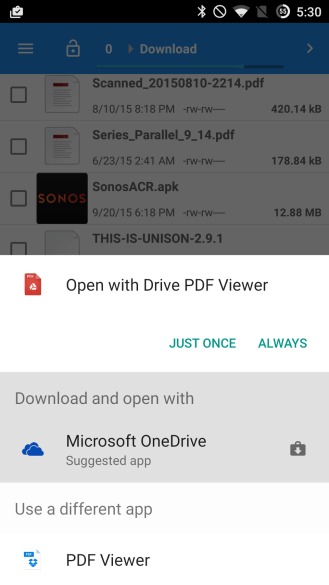 The suggestions come with the “open with” dialog – for pertinent file types, the OS now suggests to open with Microsoft OneDrive as a “suggested app” along with the other list of apps. That definitely was not there before. This is why it feels so much more like an ad than a feature – the lack of choice whether you want that suggestion or not. 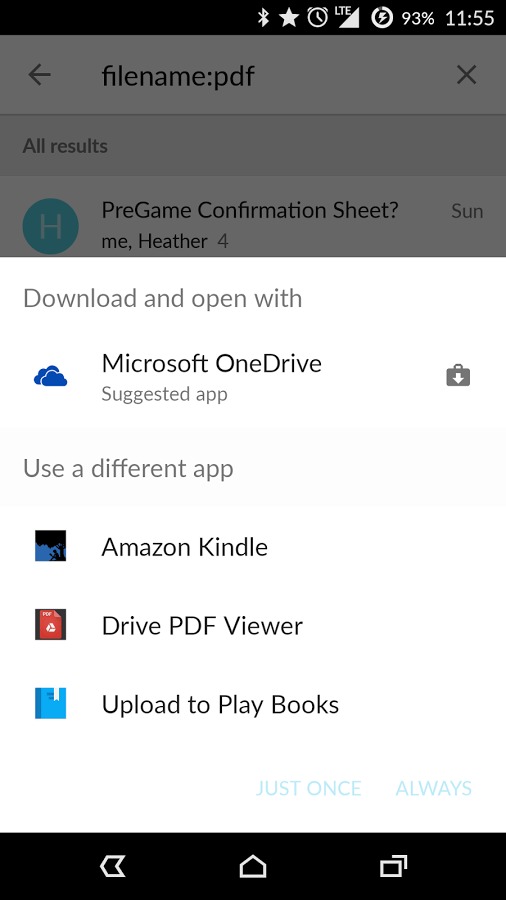 OnePlus will have earned well in this deal with Microsoft, but they definitely will be on the bad side of the deal with their fans and users. To put it plainly, the suggestions happen with or without Cortana or any other Microsoft app installed – so this is embedded within the OS. Should we be expecting this kind of marketing from software manufacturers now?