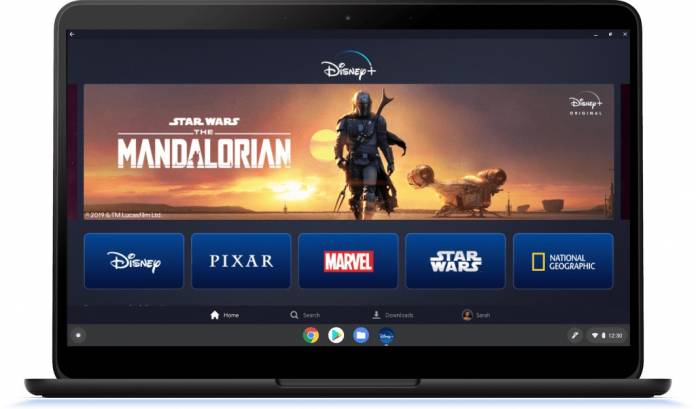 Would you pay around $300 (or more) for a device just to be able to get free months of a video streaming subscription that would just cost you $6.99 per month anyway? Probably not but it would be a good bonus if you’re buying that device anyway. That’s what Google is giving “new” Chromebook users this holiday season. If you activate your laptop from now until January 31 next year, you’ll get free 3 months of the newest streaming service in the block, Disney+.

It’s not much incentive to actually get a Chromebook but if you were already on the lookout for a new laptop, they’re hoping this might convince you to just get a Made By Google or Made for Google device instead of another brand. The announcement says that you need to get a “new” Chromebook so it may probably have to be one of those that are labeled “new” on the Chrome Store. There are quite a few to choose from $299 to as high as $900.

In the fine print of this deal, they say you have to activate the Chromebook from November 25, 2019 to January 31, 2020 and you need to redeem the offer by January 31st as well. The caveat is that this will be available only “while supplies last”. You will get 3 months of Disney+ free (not the bundle with ESPN and Hulu) but at the end of that free period, your subscription will not just stop but in fact, you’ll start automatically paying for it.

That’s because, when you redeem your offer, you’ll be asked for your credit card number and you’ll have to enroll in their auto-renewing monthly subscription. But if you don’t want to start paying for your subscription, you’ll have to cancel it before the promotional offer is over. If you really planned to subscribe to Disney+ anyway, then those free three months are a good bonus for you.

So would it be worth it then to get a Chromebook for the Disney+ offer? Well, it is if only you really need a laptop anyway and of course these devices running on Chrome OS, or at least most of them, are pretty well reviewed. Plus, you get to watch Baby Yoda every week, so that should be a plus.