It was just a few decades ago when the idea of wearable devices, speaking into your watch, swiping onto screens were still considered science fiction. But now that the day has finally arrived when all those are readily available and commonplace, some think it would be fun to integrate a bit of pop culture sci-fi into your wearables. Two such sci-fi watch faces are now available for the Android Wear platform.

The Starwatch bills itself as an app “to boldly go where no watch has gone before”, obviously in reference to the Star Trek franchise. And yes, the main purpose of the app is to simply make your watch look like LCARS, which is what almost all computer interfaces in the Star Trek universe look like. It features both the time and date, as well as an option to feature the UNIX Epoch time format. To have it on your wearable, you need to pair your Android device with your watch, install the app, and then on your Android Wear, choose the Starwatch watch face.

If you’re more into the action-filled world of The Matrix, then Matrix face for Android Wear is the app for you. It will make your wearable look like you’re in the Matrix universe with the falling and disappearing characters in green around the actual time. The developer gives users permission to tinker with the app, since it’s free software. They’re offering the source code at Github. 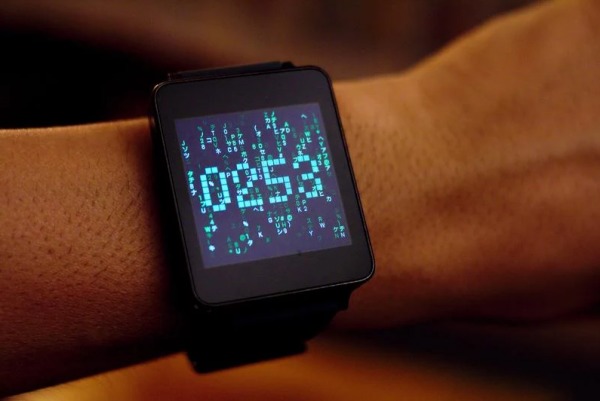 So if you have a Samsung Gear Live or an LG G Watch (and soon, the Moto 360) and you feel like geekifying your wearable to any of these two apps, you can get both the Starwatch and the Matrix face for Anrdoid Wear for free at the Google Play Store.