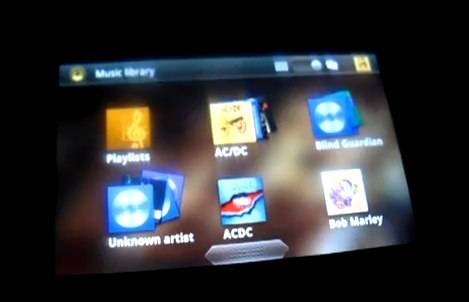 Google’s next-gen Android media player app has leaked, with xda-developers offering up the apk file for the tweaked, refreshed music software along with a video of the app in action if you’re not quite brave enough to try it out on your handset. The new app has a browser more reminiscent of the gallery than the old music software, though the currently available file lacks the media streaming functionality Google showed off back at Google I/O 2010 earlier in the year.