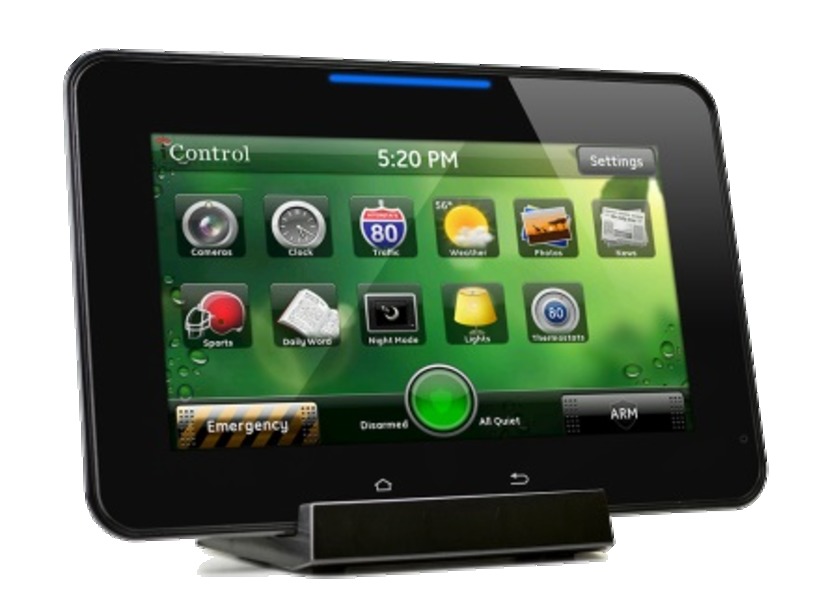 Most tablets are created for content consumption and games, but NETGEAR and smart home specialist iControl have something different in mind. While the NETGEAR STS7000 still has some features you’d expect from an Android tablet, it’s raison d’être is being a gateway to a home security system and more.

If one looks at this tablet’s spec sheet, “underwhelming” is the kindest thing you can say about the STS7000. It runs on an unnamed Cortex-A9 processor with only 512 MB of RAM and 2 GB of NAND storage. Display size isn’t stated, but the 800×480 resolution and 16-bit color depth doesn’t inspire much confidence. It even runs an almost ancient Android 4.0.3 version. This NETGEAR branded tablet isn’t all that bad. It is one of the very few tablets that can claim to have a removable battery, for one. And with NETGEAR as the other half of the duo, you can presume some networking prowess. Indeed, the tablet is equipped 802.11N 2×2 Dual Band Switchable connectivity.

That said, the two companies are more interested in turning the STS7000 into a touch-driven control center for the smart home of today or tomorrow. From the tablet, users can control security locks, monitor smart appliances, toggle lights, and so on. But the tablet also goes a bit beyond that basic functionality. It has Google Maps pre-installed, used more for traffic updates than outside navigation. Coupled with INTELLICAST weather forecasting and news reporting, the STS7000 becomes your information hub at home. The music application installed on the tablet also lets users stream their iTunes collection via AirPlay. NETGEAR notes the availability of Android apps, though it isn’t sure yet whether they will be coming via Google Play Store or from some other app marketplace.

As one would expect, the NETGEAR STS7000 security tablet isn’t available for purchase off shelves and retailers. NETGEAR notes that the tablet can be acquired from service providers, but doesn’t exactly detail from whom and for how much.