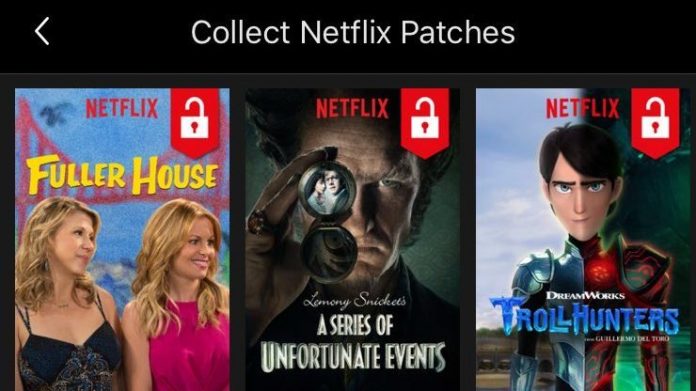 Do you need more incentives to get yourself or your kids to watch more Netflix? No? Well, apparently the streaming giant thinks you need something extra so you will keep on watching their shows. They seem to be testing out a new feature that will let you earn patches whenever you watch episodes of specific shows included in the pilot test. There aren’t really any other extra rewards to that except you get to collect these digital “badges of honor”.

The target for this test are kids who watch streaming kiddie shows on their or their parents’ gadgets. Netflix confirmed that they are indeed testing out this gamification of their watching habits and introducing collectible items that kids may want to share with their peers and talk about with those who share the same interests. But as with a lot of things that they test out first, this feature may or may not make it to the final update.

Shows that are included in the test will be marked with red locks, if you’re part of the subset that is being tested. You will unlock them once you’ve watched them and then you get patches as your reward. It doesn’t really unlock any additional content, so some find it pretty useless. But those who like collecting things like this (and there are people who do) will probably enjoy it.

However, some have shown concern that this will just all the more promote unhealthy viewing habits for kids. It’s not like you still need more incentive for them to continue watching as some will prefer to spend hours on their tablets or phones just watching their favorite shows. But since this is still a test, no need for parents or guardians to start panicking. Just send Netflix your feedback on this feature if you’re part of the test group.