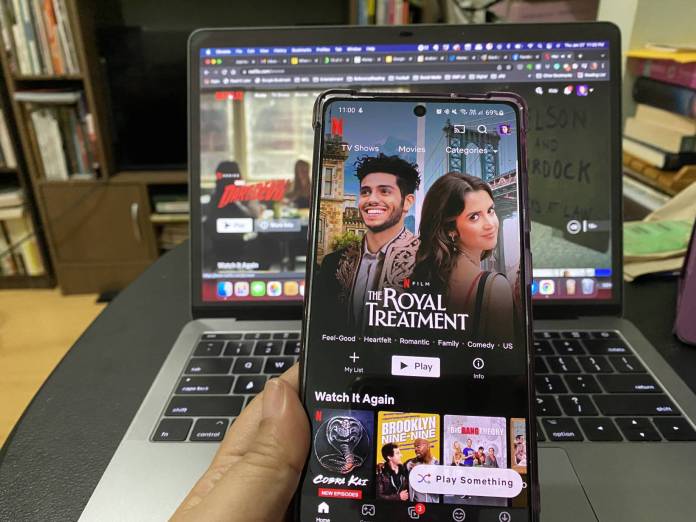 If you watch Netflix on your mobile device, you know that you need to have a certain plan and a certain smartphone to be able to stream the videos in the two HDR formats available. They also constantly update the list of smartphones and tablets that are supported, including newer devices when they can finally support Dolby Vision and HDR10 formats. The latest devices that are now included in the list are the Pixel devices released in 2021, specifically the Pixel 5a 5G, Pixel 6, and Pixel 6 Pro.

Phone Arena shares that the 2021 Pixel devices have now received support for Dolby Vision and HDR10 streaming. Of course, you would need to have a plan that supports the HDR formats as well, which depends on your country/territory. If you have any of the three newest Pixel devices, you’ll now be able to stream your favorite TV shows, movies, and other video content on Netflix’s highest streaming quality available.

While you’re probably using WiFi to watch videos on your device, it would still be good for you to know how much data the streaming service uses every hour. For the lowest quality which is Basic, the app uses up to 0.3 GB of data and for Standard, it’s up to 0.7GB. For the best video quality, you’ll spend up to 1GB for Standard, up to 3GB for high definition, and up to 7GB for ultra high definition or 4K. So it’s really better if you use WiFi when streaming.

If you do want to use your mobile data, note that most U.S carriers throttle video to 480p on average. But if you have an unlimited plan, then streaming in the HDR10 format shouldn’t really be a problem. You’ll need to have a steady connection though, at least 25MBPs or higher and you will also need to set your streaming quality to high if you want to be able to watch in the best quality available. So if you can use WiFi, best to watch on that connection.

For now, the only new devices added to the list with HDR support are the Pixel 5a 5G, Pixel 6, and Pixel 6 Pro. Normally support comes a few months after a device is released so those that came out late last year or early this year should be added to the list sometime in 2022.