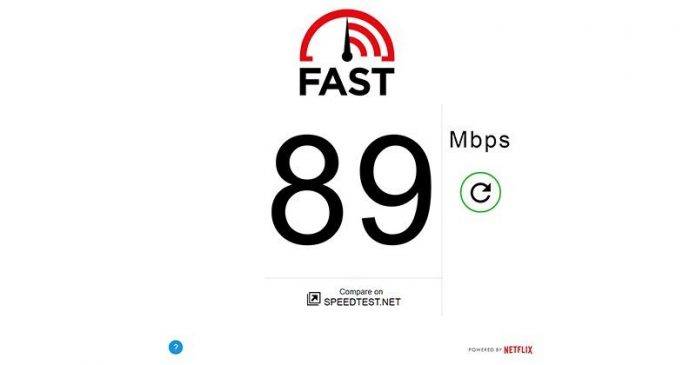 While app developers constantly try to make their product as feature-filled and as helpful as possible, depending of course on what kind of app it is, there are those that have only one purpose and is as minimalist as any app can get. A new app from Netflix has nothing to do with on demand video streaming but is still somewhat connected, as it will tell you if your Internet connection is fast enough so you can bingewatch on your favorite TV shows or movie series.

Okay, it will not tell you if you can watch on Netflix, but Fast.com will indeed tell you your Internet speed. And now, if you don’t want to have to open a web browser every time you need to know, the service is now available as an app for Android devices. It has the same design as the browser version and it has the same basic and barebones functionality as well. You don’t need to press any button as it will automatically start testing your speed. Afterwards, you can retry it or compare it to another similar service.

In terms of accuracy, it seems to be mostly accurate, especially if compared to other speed test sites and apps that seem to be overcrowded with advertisements and are sometimes wildly inconsistent. Since it’s from Netflix and it basically has one purpose and just a simple design, then they don’t need any ads to clutter up the functional experience.

If you want to know about the nitty gritty technical details, Netflix has provided it on their blog, including design and technical goals, plus the architecture and other things developers might want to know.