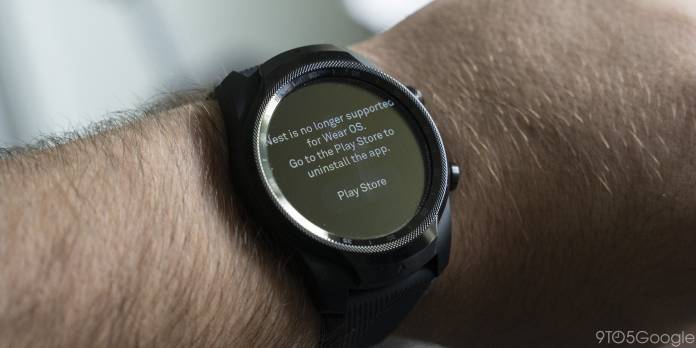 It was a bit confusing for some people that Google and Nest were still using separate branding even if they’re under one company. It looks like they’re finally coming under one unified brand which is Google Nest, replacing the previous nest.com app on the Google Store. But it seems that the update to the Nest app itself has resulted in the removal of their dedicated app for Wear OS devices. So if you use your smartwatch to control your Nest, excuse me, Google Nest, devices, you’ll have to get used to a slightly different routine.

According to 9 to 5 Google, when you try to open the Nest smartwatch app on your Wear OS device, it advises you that it is no longer supported and that you should uninstall the app already. There are still some screenshots left in the Google Play Store and support pages for the wearable app are still found on the Google Nest Help Centre. On the other side of the digital pond, the Apple Watch Nest app has also been discontinued.

As to why Google removed support for the smartwatch app, they said that “only a small number of people” were actually using the watch apps and instead were using the Nest apps on their phones or controlling the devices through their voice assistants. So they would rather focus on developing and improving their full mobile clients and Google Assistant support rather than putting effort on something that is rarely used.