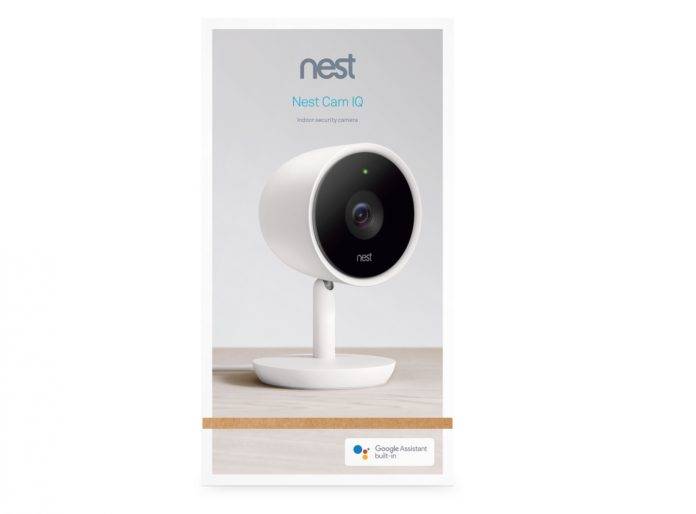 It seems that all the devices around us are becoming smarter every day (people are another question though). Even security cameras are not just there to watch over us so to speak, but now, they can even do basic things that smart speakers can do. Well, at least that’s what the Nest Cam IQ is trying to do as it now integrates Google Assistant, becoming the first security cam to have that built-in. You also now get better activity zones for Nest Aware, and a new 5-day subscription plan in case you’re not happy with the current 10 and 30-day plans.

Once you update the software of your Nest Cam IQ, you can now use it as a sort of smart speaker since you have Google Assistant. Aside from being able to adjust the thermostat, you can also add appointments to your calendar, make reminders, ask some questions, etc. However, it won’t play music or podcasts, unless you have a Chromecast-enabled device where it will be able to stream for you. It’s also not enabled by default so you have to manually adjust the settings so you can start going “Ok Google” or “Hey Google” and give it commands or ask questions.

The Nest Aware is also becoming more intelligent as it can now tell the difference between people and things in your Activity Zone. And it can also merge duplicate familiar faces that it detects on your zones and from your photo collections as well. Finally, you also now get a 5-day subscription option for just $5 a month. Previously, you only had a 10-day/$10 per month and a 30-day/ $30 per month option.

These are the first moves that Google has made since they announced that they are absorbing Nest again, after making it a stand-alone business under the Alphabet group previously. We’ll probably see more integration with other Google products in the next few months.