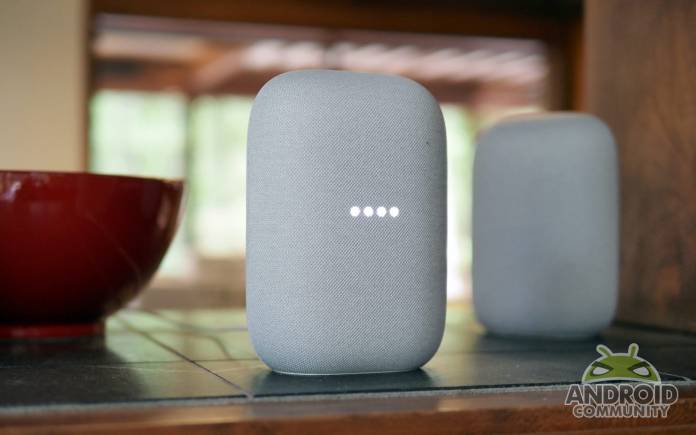 A look at the Nest Audio and you know that you have a good product in your hands. I’m not talking only in terms of design, but also the performance aspect. This is the reason why you will notice an audio upgrade in the device when compared to Google Home. Apart from this is the fast and attentive Google Assistant, which makes using the device a breeze. The overall packaging promises a sustainable and sleek design, backed by affordability.

As I mentioned, affordability is one of the main hooks for the Nest Audio, we are looking at $99.99 for one and under $180 for two of them. Having said this, the Nest Audio still lacks strong Bass at higher volumes. Moreover, you can’t wall mount the device, as there no provision for this. In any case, after watching The Social Dilemma, you really need to be comfortable with Google’s microphones in your space.

Getting to Know Nest Audio

Size matters. However, size is relevant too. In this case, I’d say that the small size of the Nest Audio packs in a punch. It’s not very large, which is why the dimensions – 6.89 inches tall, 4.89 inches wide, and 3.07 inches deep – makes it the ideal companion at home. Unlike the cylindrical Google Home, which had a mesh design at its bottom, the Nest Audio is designed with a cushion-y vibe in delectable colors like Chalk, Charcoal, Sage, Sand, and Sky.

The one thing I admire about this device is the way the controls are discreetly merged into the design. To hit the touch-sensitive volume and Assistant/play/pause buttons, you need to go behind the upper front edge. The switch on the back turns off the microphones. Animated lights on the body of the Nest Audio indicate that it’s listening to you or processing a request. It can also indicate that the mic is muted or that adjusting volume.

The Nest Audio features two drivers: a 75mm woofer and a 19mm tweeter, in comparison, the Google Home features a single 50mm full-range driver and two passive radiators. In short, the device depends on a single driver for its full frequency range. The bass is not optimal in this device and there is room for improvement. Some amount of clarity and precision is missing.

This is why we tend to appreciate the two drivers in the Nest Audio as the midrange driver need not focus on the high-end itches like the vocals, and it can concentrate on belting out the bass. The sound is crisper, and the lows are more fine-tuned. You may want to test out some music to know for sure if the beats match up, however generally speaking I found Jazz and classical songs play smoothly. The new tweeter brightens it all up!

As far as pop, rock, and dance are concerned, at higher volumes, the bass tries its best to keep up to the beats. All in all, Nest Audio manages to keep the tunes playing smoothly without any distortion. To keep it versatile, you can manually adjust the treble and bass via the Google Home app. There is no auto-calibration as the Google Home Max offers. Google has kept out the Smart Sound and has kept its eyes focused on the hardware instead.

In an effort to keep up with ‘buzzword’ of sustainability, Google has used up to 70% of recycled materials in the frame and fabric grille. Not to forget, the aluminum and magnesium chassis underneath is also said to be partially recycled as well. In case you happen to damage the fabric from the front and rear panels, they can be switched out, and at the end of their lifetime, you can send the Nest Audio back to Google for recycling.

Why I love the story and thought behind the Nest Audio, it seems remarkable that Google missed out on some key functional aspects. For example, we could do with to wall or stand-mount the Nest Audio. Without the typical dots and buttons to control the device, the Nest Audio looks sleek, however, the hidden touch pads can be easily missed by new users and thus fail the intuitiveness of the controls.

Looking at it from Google’s point of view, it’s clear that they want you to talk to the device rather than touch it, hence the improvements in the Google Assistant. Much like other devices, you can expect the Nest Audio to respond to queries on general knowledge questions, traffic details, calendar information, help you start voice calls, and control music playback. Train the Assistant to recognize your voice and get going. With the Ambient IQ, you can expect a more receptive, and understandable Assistant. The background noise and clutter don’t distract it from picking up your commands.

The three far-field microphones don’t let the background noise affect the Assistant’s comprehension abilities. For example, the music volume automatically gets lowered when you talk, or the coffee grinder and electric shaver or toothbrushes don’t compromise the communication.

I like the fact that you can name each Nest Audio device according to the room that you place them in. You can even group them together into clusters by forming them into stereo pairs and ask the Assistant – or use the Google Home app to move playback between those zones. You can even have the app the songs play across multiple locations and be synchronized together. 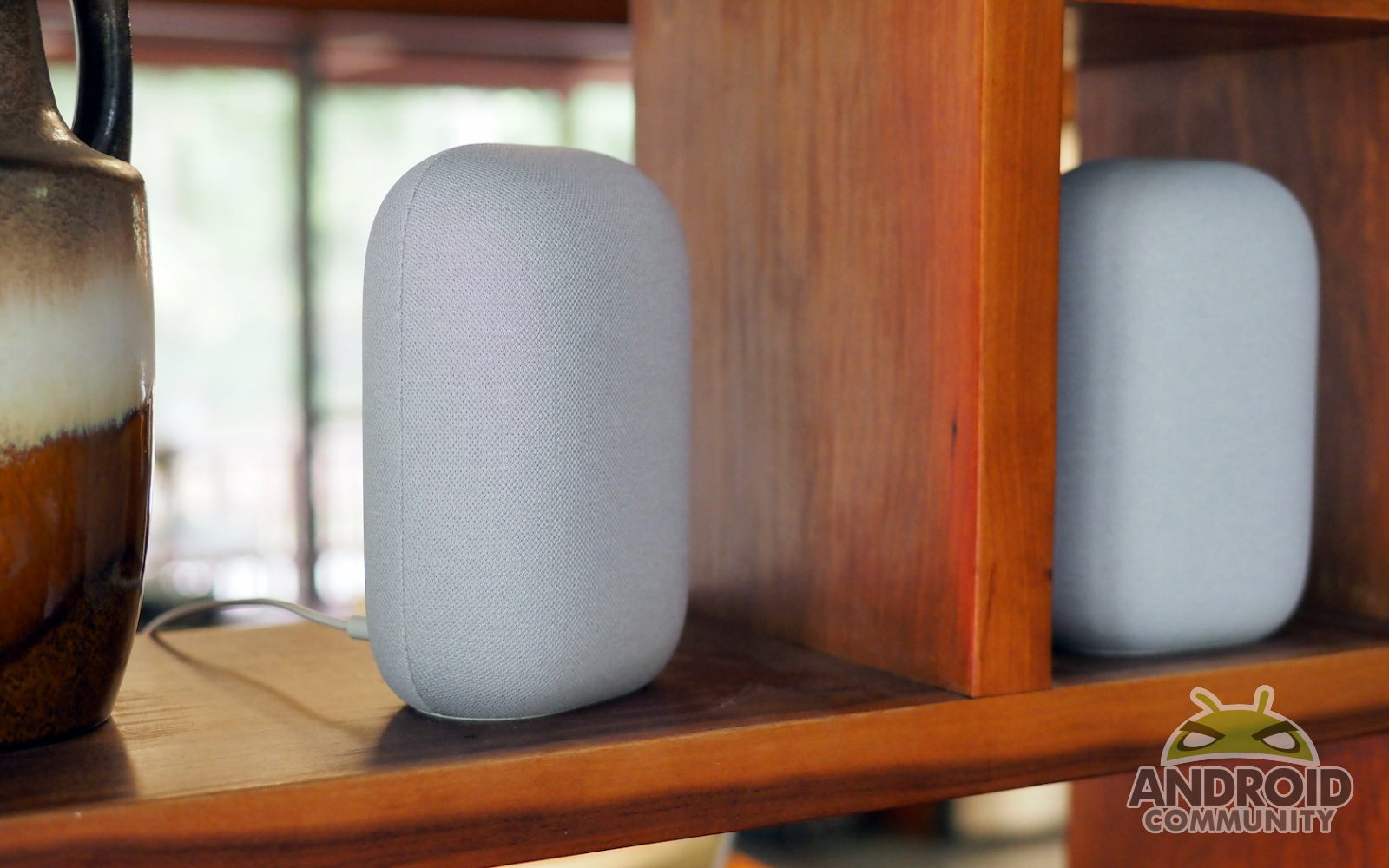 The overall picture painted by the Nest Audio is good. It’s affordable and aggressively priced. It plays well, and if you can make do with the bass limitations of its design, then you have a good deal in your hands. The Assistant is capable, the speaker is solid and, by combining stereo pairs or placing them in multiple rooms, can add to the party.