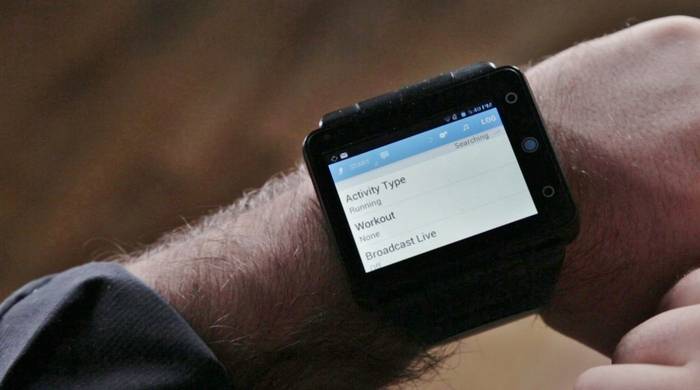 Proving that Kickstarter dreams do come true, the Neptune Pine smartwatch, if you can really call it that, is now landing in some backers’ hands. Or in this case, wrists. Now all that’s left is to see whether this smartphone-on-you-wrist will be able to deliver all, if not most, of its promises to make wearing this really big removable smartwatch well worth your while.

Despite the almost ridiculous looking size of this device, the Neptune Pine’s goal is both simple and admittedly appealing: put all the functionality of your smartphone in your watch, no holds barred. No limited Tizen or toned down Android Wear. You’ve got it all, packed in a pager-sized box that you can also detach from the strap to use as a regular, albeit tiny, smartphone. Despite naysayers scoffing at both concept and design, the Kickstarter campaign was able to net more than 2,800 backers and eight times its $100,000 funding goal. And now, it is shipping out to prove those disbelievers wrong. At least in theory.

Some backers have already received their units and, unsurprisingly, there’s already a root method and a way to install Google Play services on the smartwatch. The Neptune Pine would not, of course, meet Google’s certification requirements so it doesn’t have access to Google Play. No problem with Android vibrant and sometimes overzealous community. A method now exists to be able to install that, commonly known as gapps in the ROM world, on the smartwatch, opening the doors to even more apps and features. There is also a rooting method, but that is separate and independent from flashing gapps.

The Neptune Pine is like the anti-thesis to the now established notion of a smartwatch, putting everything including the kitchen sink into a package that’s half watch, half smartphone. Given how limited the Neptune Pine is in terms of retail numbers, at least compared to the strengths of the likes of LG and Samsung, it will be hard to tell if this indie smartwatch was right all along. Are you one of the believers who have put their money down for the Neptune Pine? Have you already gotten yours and how are you finding it? Let us know! In case you’re now interested in actually buying the device, you can still put in a pre-order of $349 for 16 GB of storage or $449 for 32 GB.