The excitement of online gaming is that you know there are other humans on the other side of the connection playing against you. This is one of the things going for Neon Battleground, a space shooting game with an online element – which means you get to shoot down other human players playing the game.

There is nothing complicated about this game. The bottom left side of the screen has a D-pad while the right side of the screen lets spin your space fighter around so you can control where you shoot your lasers. And after that, all hell breaks loose in a melee type battle. 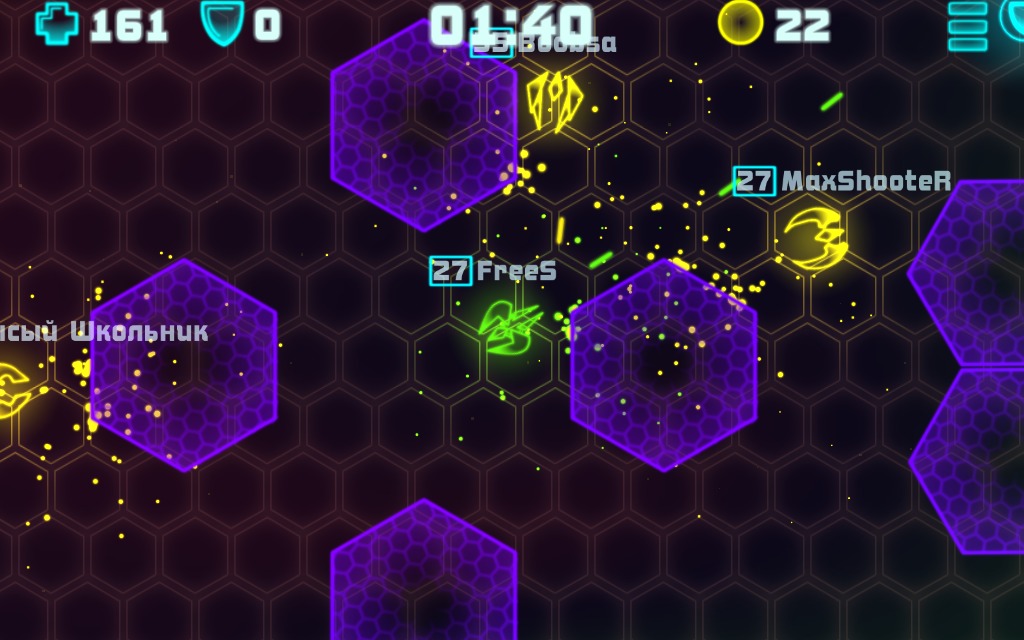 Everyone is your enemy, it’s a matter of how many you can shoot down in the span of time given for the battle. The map is small and uncomplicated. There will be barriers that you can hide behind, but only for so long because other players who die tend to respawn behind you, so hiding behind barriers can only work for so long.

You earn two things – coins for when other players die, and XP. You collect the coins by going near them, and you gain XP by how well you played. Coins are good for boosts and buying new and better spaceships, and XP is for upgrading your health, accuracy and shooting speed. You don’t need to learn any more than that to enjoy this game. Pick it up free at the download link below.