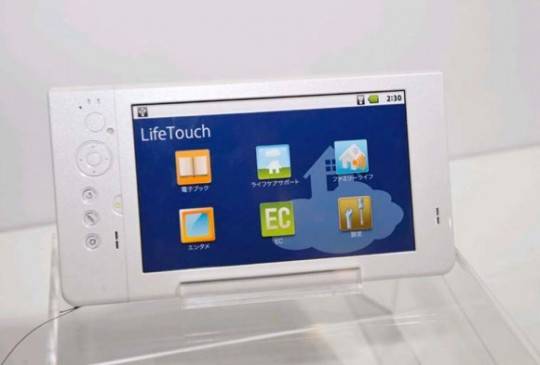 You might recall that we talked a bit about the NEC LifeTouch cloud communicator back a week or so ago. The thing is an interesting little Android tablet that uses a 7-inch screen, Android 2.1, and an ARM Cortex A8 CPU. The machine also has 384MB of RAM and 1GB of RAM with WiFi and Bluetooth as well.

Other than the specs of the device, we really didn’t have an idea of how the thing would work until now. The gang over at Netbooknews got its hands on the LifeTouch tablet and has offered up some info on the thing. It has a 600Mhz CPU in its initial version, but apparently, better hardware will be coming.

The CPU is said to be getting an upgrade in later versions to a 1GHz unit. The later versions are also supposed to get upgrades to Android 2.2 and 3.0 rather than Android 2.1 it is shipping with. You can check out the video below to see the full hands-on.