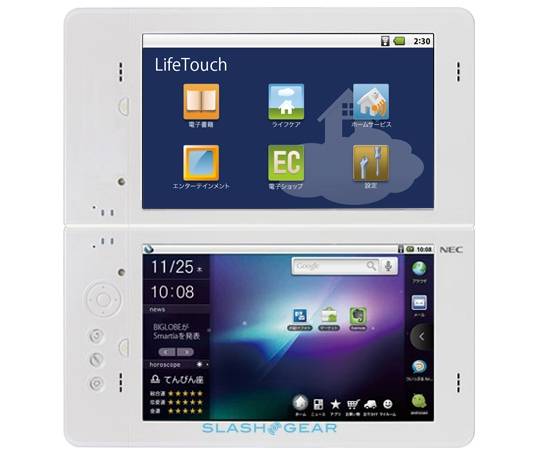 NEC will launch a dual-touchscreen version of their LifeTouch/Smartia tablet at CES 2011 next month, though full details of the presumably clamshell device are currently unknown. According to PC World, the tablet – which will also carry the LifeTouch brand – has a pair of 7-inch touchscreens which can show different information simultaneously.

There’s also confirmed WiFi, Bluetooth and 3G connectivity, but the version of Android NEC expects to use is unclear. The company will also be showing an Android-based netbook. Note, the image here is just a mockup.