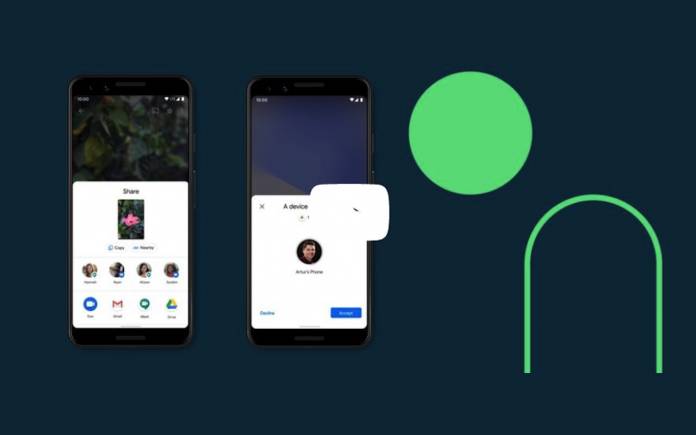 Nearby Share is something Android users have long been asking for. There have been attempts before like the Nearby Connections feature but it was focused on full offline device communication. There was also the Fast Share idea. Last year, we got excited at plans for an AirDrop-like Google Fast Share which was eventually renamed to Nearby Share. The tech giant shared with us that the Nearby Sharing feature would also work for non-Pixel phones. It did happen and became available to a wider audience.

Nearby Share has been available since earlier this year but not for all Android devices. This week, Google has launched the feature for Android devices around the world. Those on at least Android 6.0 will receive the platform that will allow you to easily share data across different and multiple Android smartphones.

Nearby Share is now available in select Pixel and Samsung phones. Expect more Android devices will get Nearby Share in the coming weeks and months.

This one works offline and online. Easy-sharing of content is possible. You can just enable Nearby Share if you want to share a photo or video with a friend nearby. All you need to do is search for the contact, the file you want to send, attach, and then send. The friend nearby must also enable the feature on his device.

You can see the devices nearby in your area. Check the list and select the receiver. You will only see those that are open or enabled. If you choose to send, the receiver will be asked if they want to accept or decline the transfer.

Nearby Share doesn’t only utilize Bluetooth. It can choose the best protocol to use for faster and easier sharing. It can also use Bluetooth Low Energy, peer-to-peer WiFi, or WebRT C. With these options, it means sharing is possible even when offline.

The feature is safe. The team behind it has built Nearby Share with privacy in mind. Transfer is done anonymously. You can choose to be hidden, visible to some contacts, or visible to all contacts.

Apart from Android devices, Nearby Share also works seamlessly with Chromebooks. It’s not yet allow but it will work in the near future. It will work smoothly with Chrome OS’ Instant Tethering.