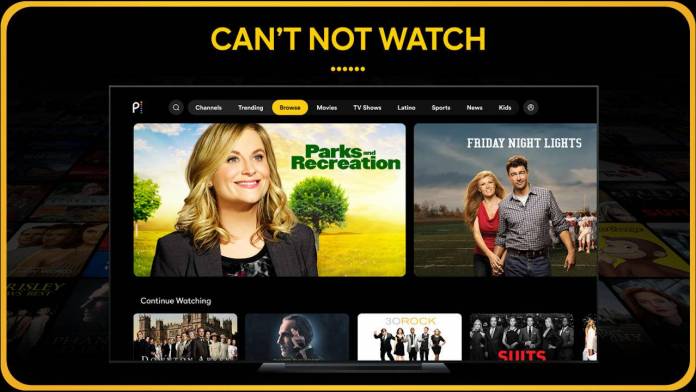 Since we need another video streaming service (or not), NBCUniversal-owned Peacock is finally out in the wild. They have officially launched in the U.S, offering “more than 20,000 hours of premium content” from all their properties including NBC, Bravo, US Network, SYFY, Oxygen, E!, CNBC, MSNBC, NBCSN, Golf Channel, Universal Kids, A&E, ABC, CBS, The CW, FOX, HISTORY, Nickelodeon, Showtime, Universal Pictures, DreamWorks, Focus Features, Illumination, ViacomCBS, Paramount, Lionsgate, Warner Bros. and Blumhouse. The best news is that they’re offering a free, ad-supported tier along with their premium tiers.

If you like any of the shows and movies from those properties, then this is a good streaming service to subscribe to, even though you probably have 1 or 2 existing ones already. They do have a free tier which is of course ad-supported. You’ll get more than 13,000 of content which includes a lot of popular movies like The Bourne series, Matrix trilogy, Blair Witch Project, Psycho, Dracula, etc. You’ll also get new episodes of current NBC series a week after they air plus selected live sports events.

Meanwhile, they’re offering two tiers for the premium version: an ad-supported one at $4.99 per month which will serve no more than five minutes of ads per hour and an ad-free version for $9.99/month. You’ll get access to all 20,000 hours of programming available which includes of course everything in the free tier. You can watch the full catalog of Peacock Originals, all library series of old shows, the entire movie collection from all their properties, and next-day access to new episodes of current seasons of NBC shows.

When Peacock became officially available for users, some people were saying that it was not searchable on Google Play Store and you needed a direct link to be able to see it and download. That was fixed hours later but it might have hurt their initial rollout, since they were offering a promotional deal with Google platforms where people can unlock an extended free trial.

In any case, Peacock is now available on Google platforms and devices including Android, Android TV devices, Chromecast, and Chromecast built-in devices. You can also stream the Peacock from Xbox One devices, VIZIO SmartCast TVs, and LG Smart TVs. We’ll find out in a few weeks and months whether they will be able to make a dent in the increasingly crowded video streaming market.