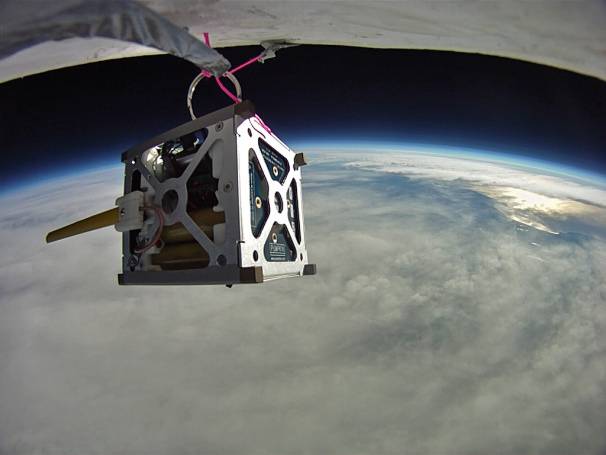 It’s been a big summer for NASA. A few weeks back, it landed the Curiosity rover on the surface Mars, and it announced earlier this week that we’ll be going back to Mars in 2016 – this time to find out how the Red Planet evolved. But NASA’s upcoming plans don’t all have something to do with Mars as some of them, like PhoneSat, will be playing out much closer to home.

According to PC World, the goal of PhoneSat is to incorporate consumer devices into nanosatellites. The PhoneSat team has actually been working on this project for a number of years, but now it’s nearly time to launch the mission. At some point later this year, NASA PhoneSat will be launching satellites powered by the Nexus One and the Nexus S into space.

The Nexus One will be featured in PhoneSat 1.0, which understandably won’t be packing much power. That’s okay though, because with the two PhoneSat 1.0 satellites that go up, NASA is hoping to see if these phones can even operated in space. The Nexus One will be enclosed in a 10-by-10-by-10 centimeter square cube, with additional external batteries to keep the phone running and an external radio beacon that will communicate with the NASA team on Earth.

PhoneSat 2.0 will be a little more advanced than PhoneSat 1.0 (as if the name didn’t already give that away), as this satellite will feature a Nexus S. This one comes equipped with solar arrays and a GPS, however, which will allow PhoneSat 2.0 to stay operational in space longer. Two PhoneSat 1.0s and one PhoneSat 2.0 will be launching into space later this year, strapped to Orbital Sciences Corporation’s new Antares rocket.

This all sounds pretty nuts, but you want to know what’s even more nuts? If this works, we’ll have a much cheaper way of putting satellites in space, as NASA says that it didn’t have develop any new technology for these launches and that each satellite only costs $3,500 to produce. This is a pretty exciting time to be a space junkie, so keep an ear to Android Community, since we’ll have that launch date once NASA solidifies it!